3D printers solve problems. Just look up recent news stories about them. They are being used to create prosthetics, help with medical analysis, and even in mass producing houses and neighborhoods. On a smaller scale, 3D printers solve problems every day. From printing simple nuts and bolts, theater props, or dice, to gears and adaptors, 3D printing can solve even the most mundane issue.

At Albion College, we have used the Ferguson Lab 3D printers to solve various small problems:

Audio Button - In several Albion College classrooms, there are panel buttons for controlling system audio. In late 2017, one of these buttons broke, making the whole component useless. Rather than order a whole new panel, Albion College IT personnel used calipers and mathematics to recreate and 3D print a replacement button.

Stand Adaptor - After receiving several requests for projectors in more remote locations, an Albion College IT student worker decided to create an adaptor that would temporarily turn a speaker stand into a stand that would also support projector mounts. The department 3D printed several of these adaptors and use them frequently for campus events. 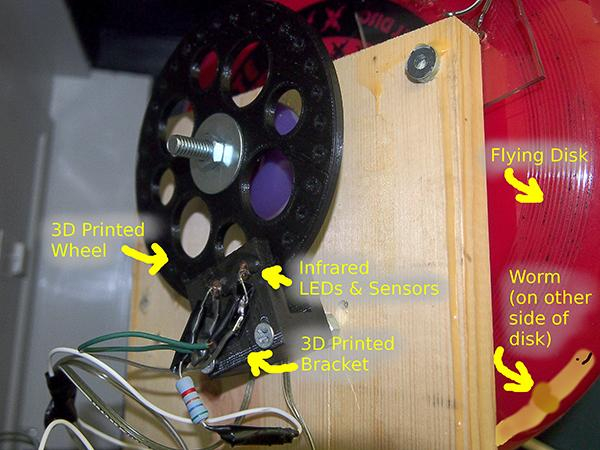 Gears - Created for studies conducted by an Albion College professor, several student workers, IT personnel, and the professor collaborated over several semesters to design and print the perfect gear for a project studying earthworm movements.

Prop Glasses - Instead of buying a pair of glasses and popping the lenses for a stage show, the Albion College IT department was able to print a pair of plastic frames. Put together using the same screws that hold glasses together, these frames only took 1 hour to print and cost roughly .50 cents to make, saving the production money.

Filament Holder - One of our 3D printers required an adapted design to work through a design flaw. In response to this issue, a student worker designed, tested and perfected a new filament holder that allows the filament to easily flow into the printer without jamming.

These are just a few of the problems that have been quickly and easily solved by 3D printers on campus. If looking to solve a small problem in the classroom or on campus, reach out to to see if the 3D printers can help.