At Taste of Blackness, Community Members 'Inspired to Be Strong Examples' 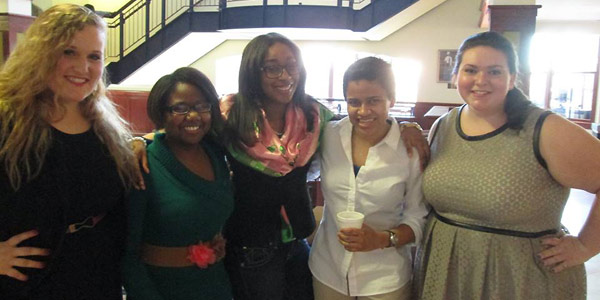 “I think this event has definitely reminded students in the community and on campus to always dream big because their dreams are bigger than their current circumstances. I also think that the community members were inspired to be strong examples within their children lives.” That’s how Black Student Alliance President Wynter Pitts, ’14, responded when asked what impact she thinks Albion College’s traditional “Taste of Blackness” program, the concluding event for Black History Month, had on the community. 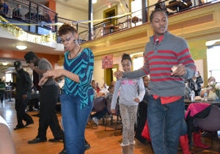 Taste of Blackness is just one of many ways that Albion College’s Black Student Alliance (BSA) brings the campus and community together, celebrating and bringing awareness to African, Black and African-American culture. “The Taste of Blackness as well as many other BSA events,” Pitts says, “is a way to commemorate African-American achievements from the past and thus far. We like to highlight different aspects of the African-American culture each year with special themes, this year being ‘Our past is our present: Motown.’” 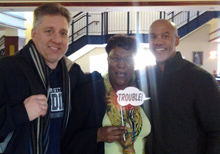 The event attracted people of all ages and backgrounds. Community leaders, parents, professors, college students and students from Albion Public Schools were all in attendance, sitting together family-style and talking, some meeting each other for the first time. The community and Albion College came together, dancing, laughing and educating each other through their conversations about African, Black and African-American culture.

The proceeds from the donations received at the Taste of Blackness went toward Lewis Chapel AME church, the Albion Public Schools sixth-graders’ trip to the community’s Sister Cities in France next year, and to the Delta Tau Delta fraternity for its partnership last semester with Kwanzaa, Pitts explained.

Albion College hosts events like these to strengthen the relationship between the College and the city. The Taste of Blackness and programs like Kids at Hope and Brit Kids Club take our student leaders’ education beyond the classroom and allow them to become role models for children in the community.