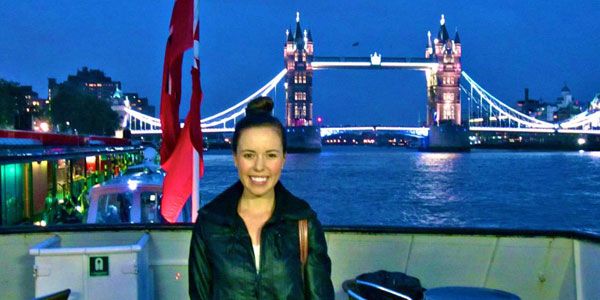 Olivia Wardle, '14, is doing a full year of study at the London School of Economics. 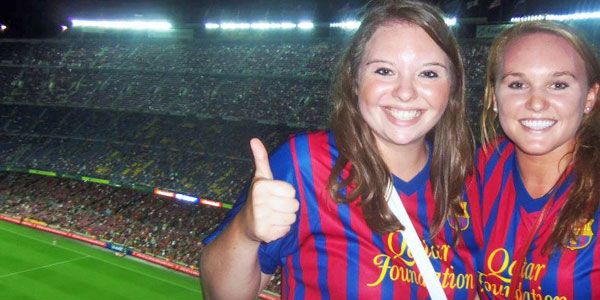 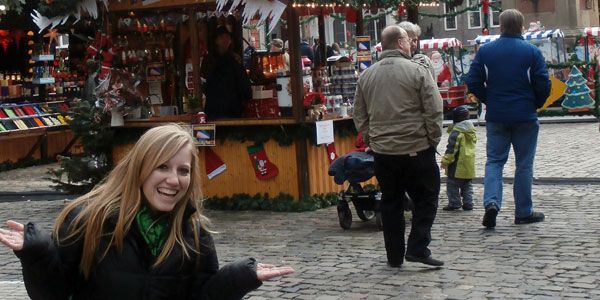 Alissa Reddy, '14, at the Weihnachtsmarkt in Heidelberg, Germany. 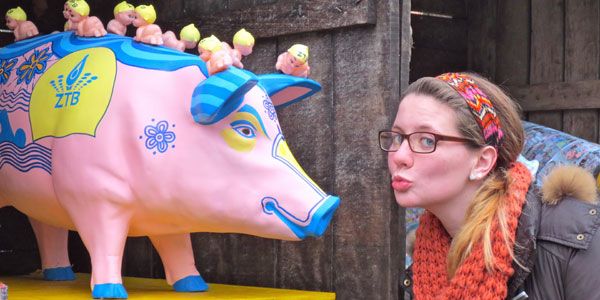 Lauren Ridenour, '14, visited a Christmas market in Belgium after studying in Ireland. 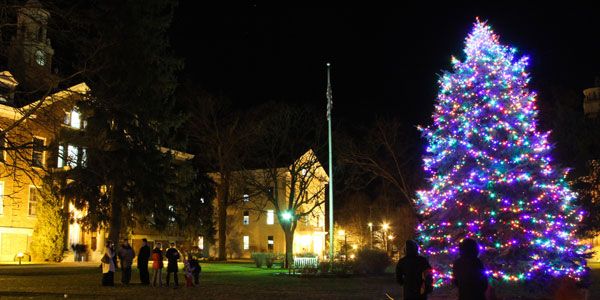 Students in the afterglow of the College's Tree Lighting on the Quad. (Dave Lawrence photo)
Next Slide

"You can feel the holiday spirit in the air," says Olivia Wardle, '14, in the middle of her year-long exchange at the London School of Economics. "I am excited to come back to the States for Christmas, but happy that I get to come back after the holidays. School here is definitely structured a lot differently, but since getting adjusted to the new system there has been nothing but positive experiences. I can't wait to see what the rest of the school year will bring!"

"If you go to Spain, the number one thing on your to-do list should be to see a futbol game, with one of the two most famous teams in the world: Real Madrid or Barcelona. We went when they played Granada, which is a new team to the league, yet the stadium still sold out!" said Kelsey Van Loon, '14. "Cataluña, the state that Barcelona is in, is trying to become independent from Spain. So at the game there were Cataluña flags and Cataluña chants. Even the majority of the people only spoke Catalán and not Spanish! While the fútbol game was a great experience alone, it was also very cool to be a part of such a strong movement that is happening in Spain right now."

Alissa Reddy, '14, is pictured above at the Weihnachtsmarkt in Heidelberg, Germany. "While my friend and I were there, two news reporters came up and asked us, in German, to sing a song for them. We sang 'Gangnam Style,' even though we didn't know all the words. We made it on German TV and there is also a YouTube video."

"We went to Belgium for the first Christmas market of the season. While this pig wasn't a part of the market, it was on display as part of a larger exhibit for the town of Brugges," said Lauren Ridenour, '14, who studied in Ireland for the semester. "We also saw the Brugges Belfry Tower (with 366 steep steps up). The town is full of storefronts displaying handcrafted lace, endless chocolate and gorgeous scenery—and also constantly smelled of waffles and fries. It was hard to leave!"