Albion College Joins the ALL IN Campus Democracy Challenge 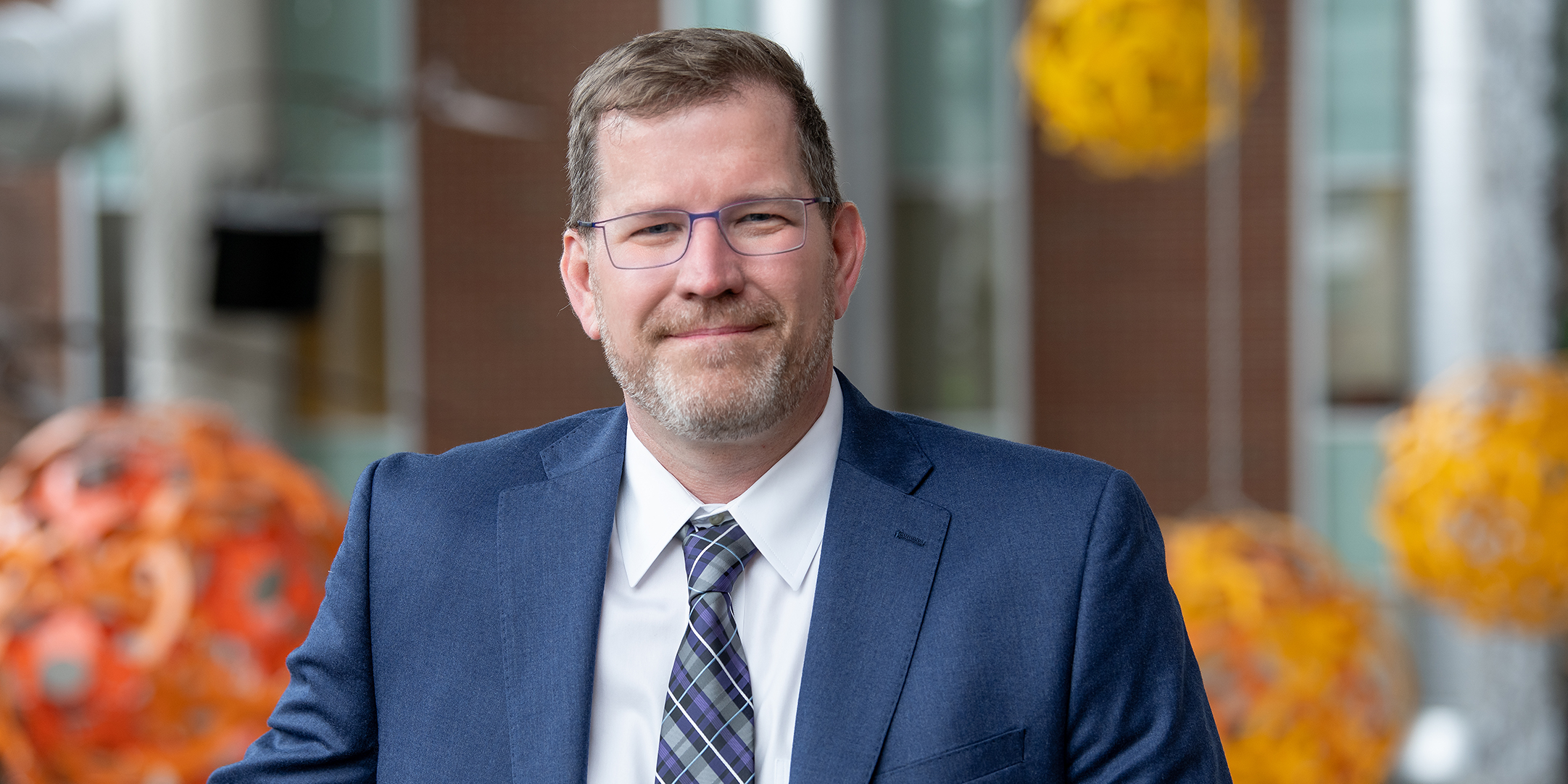 In the end, that complex, confusing and often controversial form of government known as democracy can succeed or fail with a single act—voting.

It is something often taken for granted, dismissed by many and ignored by many more, and that very act of voting—or not—can change the direction of a country. 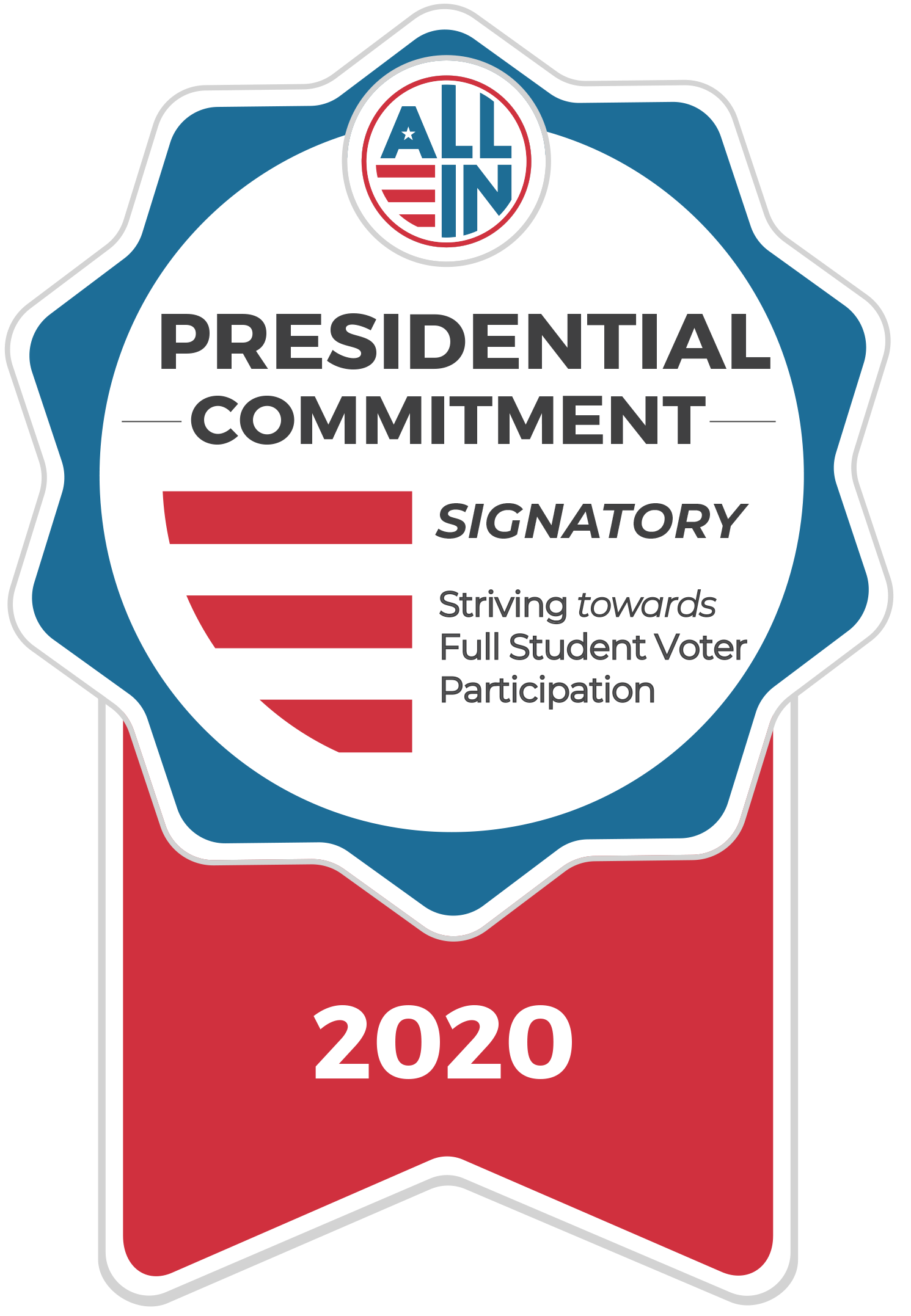 The ALL IN Campus Democracy Challenge hopes to get the message across to college students around the country that registering to vote and then exercising that right matters and begins with November’s presidential election.

Albion College President Dr. Mathew Johnson has joined more than 160 college presidents and chancellors in committing to full student voter registration and participation in all elections through the nonpartisan ALL IN Campus Democracy Challenge. He knows how vital college students are in the voting process.

“We are committed to working with campus stakeholders to increase electoral participation in 2020 and beyond,” Dr. Johnson said. “Albion has long understood its role as a leader in liberal arts education and nothing exemplifies that more than the fundamental, vital act of registering to vote and then fulfilling that goal. Every vote matters.”

For its part, Albion has created a committee of faculty, staff and students to get the word out on the ALL IN initiative, including making students aware of the College’s dedicated voting portal, albion.turbovote.org, where students can register to vote, request an absentee ballot and sign up for regular election reminders.

In addition, students can visit www.allinchallenge.org for tools to pledge to vote, register to vote, confirm their voter registration, determine how and where to vote, and understand what is on their ballot. Also planned are a set of virtual voter registration and turnout initiatives focused around National Voter Registration Day on Sept. 22 and Vote Early Day on Oct. 24.

“It’s been clear that this election really matters,” said Zahra Ahmed, ’22, president of the Albion College Student Senate, who is helping coordinate the initiative. “Some student voices have been louder than others, and this will help bring everyone together and this is a great way to do it.”

By signing the pledge, Albion is committed to ensuring all eligible students are able to register to vote and cast informed ballots in the 2020 general election and beyond.

For Patrick McLean, director of the Gerald R. Ford Institute for Leadership in Public Policy and Service and a member of the College’s ALL IN committee, the key to making the initiative successful is making sure the message gets out to the entire campus.

“We’re trying to drive action,” McLean said. “We’re looking for a network of leaders encouraging students to vote and telling them why it’s important and to make sure that message is getting out there. Student leaders, we hope, will step up, because hearing it from peers is even more important. We’re trying to be more organized and comprehensive to reach every student on campus.”

Men’s basketball head coach Jody May and football head coach Dustin Beurer are also on the committee and concentrating their efforts on getting student-athletes involved in the process. (The other members of the committee are political science professors William Rose and Carrie Booth Walling; track and field coach Lance Coleman; and Susie Pentelow, senior director of strategic and digital communications.)

“The hardest part is that college students want to get involved and want to do it, but they don’t know how to do it,” May said. “This gives them the platform. They can register to vote and then decide if they want to mail in their ballot or vote in person. It’s a one-stop shop. There are some college students out there who think one vote doesn’t matter. ALL IN says take a pledge to vote and send it on to other students. Suddenly you’ve made a big impact.”

Learn more about the ALL IN Campus Democracy Challenge