Men's wrestling returns after four decades and will compete in MIAA; all three sports scheduled to begin competition in 2021-22 academic year. 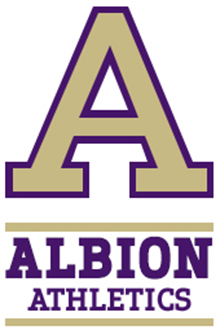 All three are expected to begin competition for the 2021-2022 academic year.

“Albion College is always striving to provide a great educational experience, and athletics is part of that experience,” said Dr. Johnson, who was a high school and college athlete. “With men’s and women’s wrestling as well as the rapidly growing esports, Albion will provide more opportunities for all those students who wish to participate.”

The additions will bring to 24 the number of varsity sports sponsored by Albion -- 12 for men and 12 for women.

Albion last added a varsity sport in 2017 when the Western-style discipline was added in equestrian. In 2014, Albion added men’s and women’s indoor track and field.

“It’s a real big deal,” he said. “And it’s an even bigger deal to do something bold like this during COVID-19. At the end of the day, we’ve seen this trend before COVID as many schools are experiencing declines in enrollment. What better way to turn it around than to offer activities that are important to students.”

Men’s wrestling, which was disbanded at Albion in the late 1970s, will compete in the NCAA Division III Michigan Intercollegiate Athletic Association along with Adrian, Alma, Olivet and Trine.

Women’s wrestling, one of the fastest-growing intercollegiate sports in the country (there are now 39 NCAA programs and 82 overall at the intercollegiate level) will compete in NCAA Division III, but since it is not currently a sponsored MIAA sport with only two other women’s programs in the conference (Adrian and Trine), competition will be more regional, according to Athletic Director Matt Arend.

“The MIAA is the oldest Division III conference in the country and wrestling is the oldest sport in the world,” Moyer said. “It belongs in the MIAA.”

As for esports, an organized multiplayer video game competition that can either be played individually or as a team, Arend said Albion will be actively seeking a conference to join. MIAA colleagues Trine and Alma also have varsity teams.

Arend added that the national search is already underway for coaches who will lead these new programs. Recruitment of athletes will also begin immediately, he said.