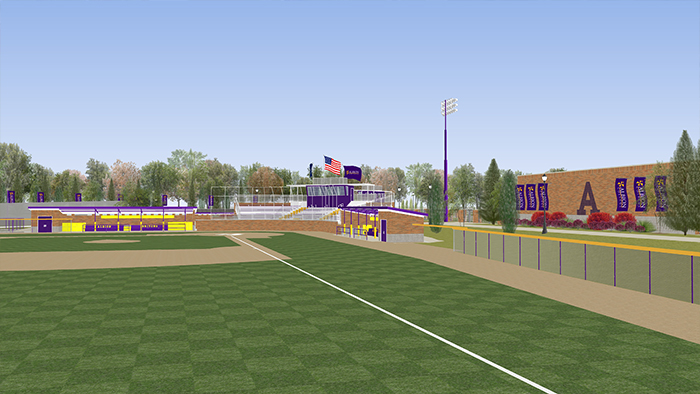 Albion's winning tradition in baseball stretches back to its first MIAA title in 1890. Now, more than a century later, the Britons have amassed a league-leading 30 baseball championships and have competed in the NCAA Division III tournament three times. In 1995, Albion's baseball field was named for Frank Joranko, who during his tenure from 1973 to 1995 coached nine MIAA championship teams and compiled a record of 200-95 in the MIAA.

The new baseball complex, centrally located within Alumni Field under the new master plan, will be reoriented, and a new infield, dugouts, bleachers, and press box will be constructed. Other improvements include permanent outfield fencing.

"There has been a rise in competition for facilities in the MIAA and these facilities will place us on par with our MIAA rivals," Athletic Director Matt Arend said.