Launching Dreams, and Reflecting on Their Own

Four alums talk about what they’re setting in motion and propelling forward through their gifts to the Albion College Fund and Briton Scholarship Fund. 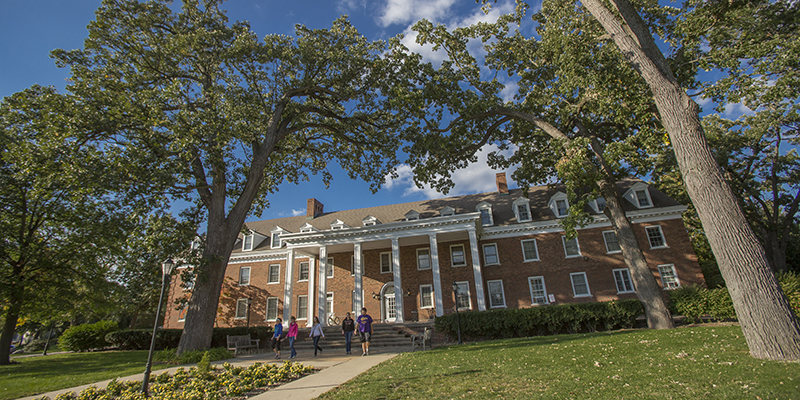 An Indiana native, Gilmore visited several colleges before choosing to come to Albion. She said she felt most comfortable here and considered it a safe place to learn new skills.

Her career after graduation included promoting Albion College by working as a recruiter in the Admission Office. She subsequently immersed herself in the nonprofit world, eventually becoming executive director of the Fort Wayne-based AWS Foundation, which supports programs and initiatives that serve and help people with disabilities.

“I had a really good college experience and I am repaying that gratitude,” she says, adding that she was encouraged by her father to give back. “This is the candid expression of my gratitude."

Gilmore goes further: “I challenge my classmates from the Class of ’74 to make a gift—whether it’s the first time, or if you haven’t given in a while. Now is our time to support the College.”

Costanzo’s undergraduate experience included meeting his future wife, Sheryl Voight Costanzo, ’84. Albion College holds “some of my fondest memories,” he says, “not only the community that was there, but the excellent academic opportunities. I have enormous regard for Albion and what it did for me.”

Albion “challenges you and pushes you to grow in other areas, and you don’t realize that until later in life,” he adds.

Costanzo’s life after Albion features chapters in Montana, Alaska and Michigan, and includes a medical degree from Wayne State University School of Medicine, a practice as an orthopedic surgeon, and hospital and health system executive leadership. In May 2018, he became chief medical officer at St. Mark’s Hospital in Salt Lake City.

A major reason Costanzo gives back to Albion? “I feel like Albion set me up to have a lot of wonderful opportunities. A liberal arts education gives you exposure and we need to see the value in it.” 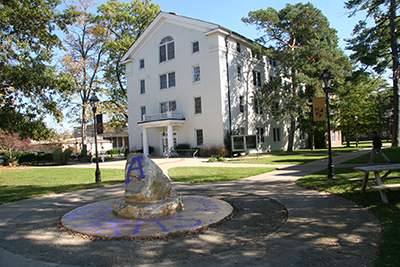 Womack hasn't lived in his hometown for decades, but he remains passionate about Albion and the young people following in his footsteps.

With fellow Albionite Dan Boggan, ’67, Womack established the Boggan-Womack Endowed Scholarship, devoted to students of color and first-generation students. And through a successful legal career at Ford Motor Company, Atlantic Richfield (ARCO) and the Los Angeles Unified School District, Womack has maintained his interest in the work of the College—he has served as a trustee and on the alumni board, and he delivered an address to the Class of 2017 at Commencement.

But what inspires Womack to also give to the Albion College Fund? "It's the foundation of the College," Womack says of the fund. "Without the foundation, you can't do those exciting things. Endowing the fund is a thank-you for what Albion did for me, and for supporting its educational role in the future."

A medical doctor and educator who for years has been a passionate advocate for helping the homeless, Flaherty still serves in an advisory role for Bozeman’s homeless warming shelter. He also still teaches medical students in the Washington, Wyoming, Alaska, Montana, Idaho (WWAMI) Medical Education program at Montana State University.

“The Albion experience was one of the defining experiences of my life,” says Flaherty, who met his wife, Carol Gibson Flaherty, ’70, during that time. “It helped me mature as an individual and as a thinker.”

The significance of their gifts to the Albion College Fund?

Gifts to the Albion College Fund and Briton Scholarship Fund launch something special—a life-changing education for students who go on to change the world as Albion graduates.