“I’ve made my pledges over the years because I wanted other students to have the opportunity I had,” she says of her gifts to the Albion College Fund. 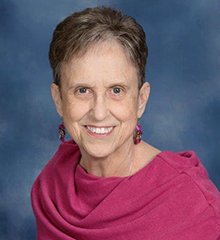 Kathy Shindel, '67, was stationed in Japan, Italy, Turkey, Washington, D.C., and Arizona during her 23 years as an Air Force chaplain. She retired in 2003 after attaing the rank of colonel.Retired Air Force Chaplain Col. Katherine Shindel, ’67, plans to spend her 75th birthday next year somewhere in the neighborhood of the country of Sri Lanka as part of her trip around the world.

And, in more ways than one, she thanks her years at Albion College for that.

“Albion opened the world to me,” she says. “One of the reasons I’m so loyal to Albion is when all the plans in my life fell apart, if I’d been at a big school, I would have gone into a tailspin.”

But the Edwardsville, Ill., native, who went to Albion to eventually become a doctor before chemical allergies ended that dream, leaned on the people at Albion and she found a way forward.

“I knew I could come back to school with no declared major and I’d be accepted,” she says. “Life isn’t perfect, but Albion opened my world.”

For nearly 40 years, Shindel, who ended up majoring in psychology, has made gifts to the Albion College Fund. Some years the gift was larger than others, but there was always something. And in 2019, she took it a step further, pledging a quarter of her estate to the Briton Scholarship Fund.

“My annual gift goes to whatever Albion needs,” she says. “I’m sitting here in my home in Arizona, so I trust the College that it goes wherever it needs to go.”

For Shindel, the reason for the long-term gift to Albion is simple.

“If I’d gone to a conservative Christian college, I wouldn’t have had the skills or the mindset to do what I’ve done in life,” she says. “I had four brothers and my father had a good job, but there was no way my parents could afford to send me to a private college without a scholarship, and that’s how I got into Albion. I’ve made my pledges over the years because I wanted other students to have the opportunity I had.”

And she’s had some remarkable opportunities.

Shindel, a practicing Methodist, had hoped to become a doctor and knew that Albion was a Methodist school that had a track record for helping women become doctors. But a freshman chemistry lab was a struggle for her, and when she eventually learned of her allergies, she realized she was not going to become a doctor.

Always interested in helping others, though, she switched majors, with a minor in sociology, and embarked on a new direction. She remembers, studying abroad in the former Yugolslavia, watching on TV the civil and social turmoil in the U.S.

“In the summer of 1966 I watched in Europe as neighborhoods in Chicago burned,” Shindel recalls. “I felt like I had to get involved in making things better at home instead of abroad.”

So after graduating from Albion, she did Methodist missionary work in Savannah, Ga., and eventually enrolled in the Union Theological Seminary in New York City, where she graduated in 1973. Two years later she was ordained as a United Methodist Church minister.

She went on to work as pastor of churches in the Illinois Great Rivers Annual Conference of the United Methodist Church before an Air Force chaplain showed up in her worship service in 1979 to recruit her.

“I laughed at it at first because I was so anti-war,” she remembers. “For six months I told God it was the stupidest thing I ever heard of, but the Air Force was looking for experienced women ministers under the age of 35 who were physically fit and under the weight limit. So I figured I’d give it a try. And in 1980 I became an Air Force chaplain. It’s funny how God calls you in ways you don’t anticipate. It was a perfect mixture of my skills and a setting for my ministry.”

Over the years, she would rise through the ranks and was stationed in Japan, Italy, Turkey, Washington, D.C., and Arizona. By the time she retired in 2003, she was just the third woman chaplain to reach the rank of colonel in active-duty Air Force.

She retired to the Tucson, Ariz., area and looks back on her journey in amazement.

“What I started to do when I came to Albion and what I ended up doing are totally different,” she says.

The last year, she admits, has been difficult for her physically. But she’s found her strength again and, in what she calls her “revenge,” she’s embarking on a trip around the world that will start in Fort Lauderdale, Fla., and lead to whatever is on the horizon.

It’s another adventure in a life teeming with adventure and, for Kathy Shindel, much of that is thanks to Albion.

“Of course,” she jokes, “after this trip my gift to Albion may be a little smaller.”