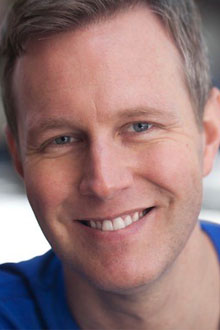 Before joining the Albion faculty in 2016, Zach spent 14 years as a New York City-based professional actor and was a Visiting Assistant Professor of Acting and Voice at Willamette University in Salem, Oregon. Professor Fischer has appeared in major roles at Equity theaters across the country, including The Michigan Shakespeare Festival, The Illinois Shakespeare Festival, The Fulton Theatre, The Alabama Shakespeare Festival, The Asolo Repertory Theatre, and The Virginia Stage Company. Television credits include The Americans, 30 Rock, Gossip Girl, Law & Order, Power, American Odyssey, and The Jim Gaffigan Show. In addition to his own acting work, Zach is an accomplished audition coach for professional stage, film, and commercial actors. He received his M.F.A. in classical acting from Florida State University's Asolo Conservatory for Actor Training.