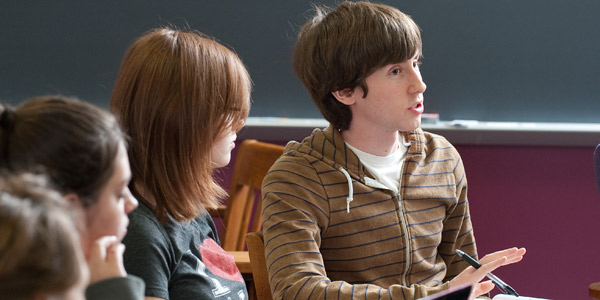 Only a few students enter Albion intending to study religion or to pursue a major or minor in religious studies. Most of our students select a course in religious studies as part of their core requirement, and then take more courses with us for one reason: fascination. A survey of the courses we teach, their content, and their methods explains why so many students take more than one course with us.

Many of these questions have their roots in religious perspectives that are a part of our multicultural inheritance. We cannot afford to ignore them. Religion is a vital part of our world. It is as current as today's news, yet reaches back to our earliest beginnings as a species.