HOW THE WEST STOLE DEMOCRACY FROM THE ARABS

See below for Zoom Meeting Invitation

About the Daoud Family Lectureship

This endowed lecture series was created by Tarik S. Daoud and his family to promote a better understanding of Middle Eastern history, peoples, and cultures, and of the crucial role the Middle East plays in today’s world. The series brings to campus speakers with expertise on different aspects of this diverse and fascinating region.

About the speaker: Dr. Thompson is a historian of social movements and liberal 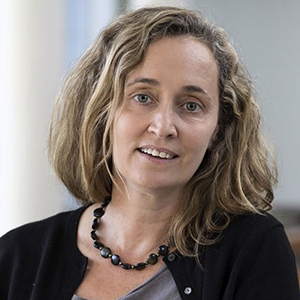 constitutionalism in the Middle East, with a focus on how race and gender hierarchies have been reinforced by foreign intervention and the application of international law. Her third book and lecture topic is How the West Stole Democracy from the Arabs: The Syrian Arab Congress and the destruction of its Historic Liberal-Islamic Alliance (Atlantic Monthly Press, 2020). It explores how and why Arabs gathered in Damascus after World War I to establish a democratic regime, and the long-term, negative consequences of the destruction of the Arab democracy. She is author of two previous books: Justice Interrupted: The Struggle for Constitutional Government in the Middle East (Harvard, 2013) and Colonial Citizens: Republican Rights, Paternal Privilege, and Gender in French Syria and Lebanon (Columbia, 2000), which won two national prizes.

Thompson earned her doctorate in history from Columbia University in New York City. She was previously Professor of History at the University of Virginia and lecturer at the University of California, Berkeley. She has held fellowship posts at the Library of Congress, and the Woodrow Wilson International Center for Scholars and has been an Andrew Carnegie Fellow of the Carnegie Corporation of New York.

About the Daoud Family:
Tarik S. Daoud, (January 9, 1927 – May 24, 2015), was a prominent member of the Greater Detroit business community for more than 40 years, and owner of Al Long Ford in Warren. A native of Iraq, Mr. Daoud was active in Arab American business and cultural programs in the Detroit area. He leaves behind his wife, Helen, and four grown children, including John Daoud ’89. The Daouds have been generous supporters of Albion College for many years. In 2005, Mr. Daoud received the Briton Medallion, recognizing his outstanding service in the advancement of Albion College. In 2010, April 5th was declared henceforth as Tarik S. Daoud Day at Albion College as a tribute to a great man of vision and vitality.