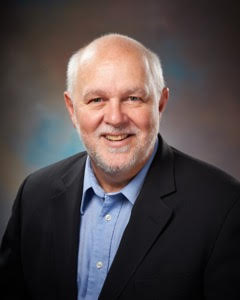 Clayton Parr is Director of Choral Activities at Albion College, Albion, Michigan. A native of Detroit, Dr. Parr graduated from Albion with degrees in music and physics. He taught music and mathematics in the public schools in Michigan and New York and received his Master's and DMA from Michigan State University. Before coming to Albion, he taught for over 20 years, leading choral ensembles at DePaul University and Miami University in Ohio.

His activity as guest conductor, lecturer, adjudicator and performer has taken him to 23 states and 18 foreign countries, including the Republic of Georgia, where he was a Fulbright scholar and guest lecturer at the Sarajishvili State Conservatoire.  His guest conducting appearances include the Ohio All-State Choir, and the Men's High School Honor Choir for the Michigan School Vocal Music Association in 2016. He is music director of MEME (Michigan Educators Male Ensemble), a men's singing group made up of teachers from around the state.

As a performer, Parr has sung with the Cincinnati Opera, Music of the Baroque, the Grant Park Music Festival, Oregon Bach Festival, the Santa Fe Desert Chorale, Battle Creek Symphony and the Billings Symphony.  His articles have been published in the Choral Journal, Music Educators Journal, and International Choral Bulletin, and he is editor for the series "Music of the Republic of Georgia" for earthsongs publishing. His solo appearances have included Carmina Burana with the National Music Center Symphony Orchestra in Tbilisi, Georgia. He has served in various leadership positions with the American Choral Directors Association, and is currently Executive Secretary of Intercollegiate Men's Choruses. He is music director of the Battle Creek Community Chorus and  Ensemble Alioni, a Chicago-based group dedicated to the performance of Georgian folk song.  He is co-author of Supra! A Feast of Georgian Song, a collection of 18 3-part Georgian folk songs, just published by Hal Leonard.