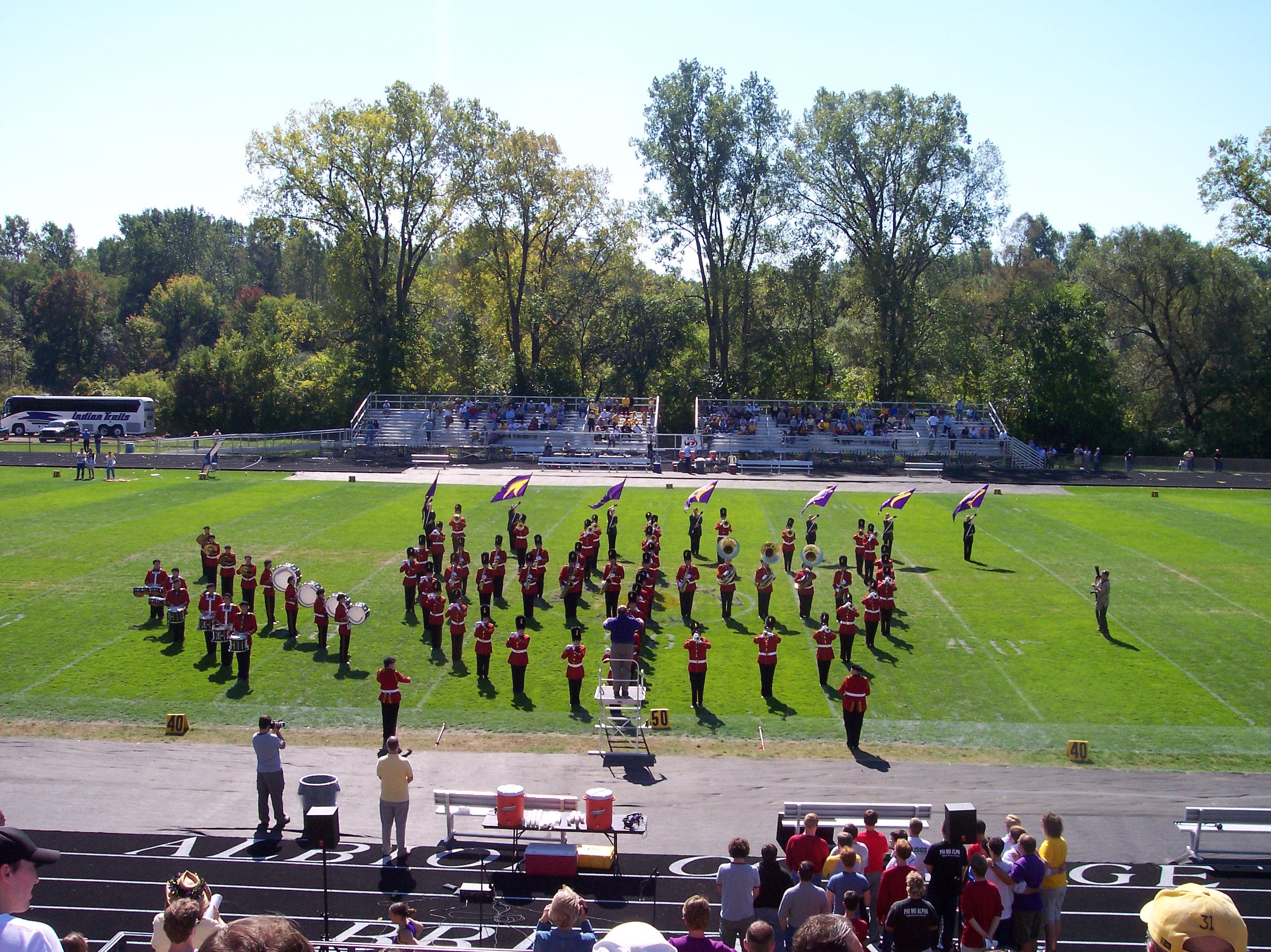 About the British Eighth

The Albion College Marching Band, nicknamed "The British Eighth," performs at all home football games as well as other events including community parades, pep rallies, and periodic events in and around the state. Rehearsals during the fall semester take place on Monday, Wednesday, and Friday evenings, as well as game-day Saturday mornings. The British Eighth performs a traditionally "British" pregame and two different halftime shows throughout the season. Recent show themes have included Wicked, Funk, Monty Python, The Beatles, and James Bond.

The British Eighth is open to all students regardless of major. Interested students should sign up for marching band online. In addition, students are asked to add marching band for .25-units of credit during Fall scheduling (or audit). Auditions are held at the start of Preseason Camp for all woodwind and brass players. Color guard and drumline auditions for positions in each occur on the first day of Pre-Camp. Preseason Camp is always held the week prior to the start of the Fall semester.