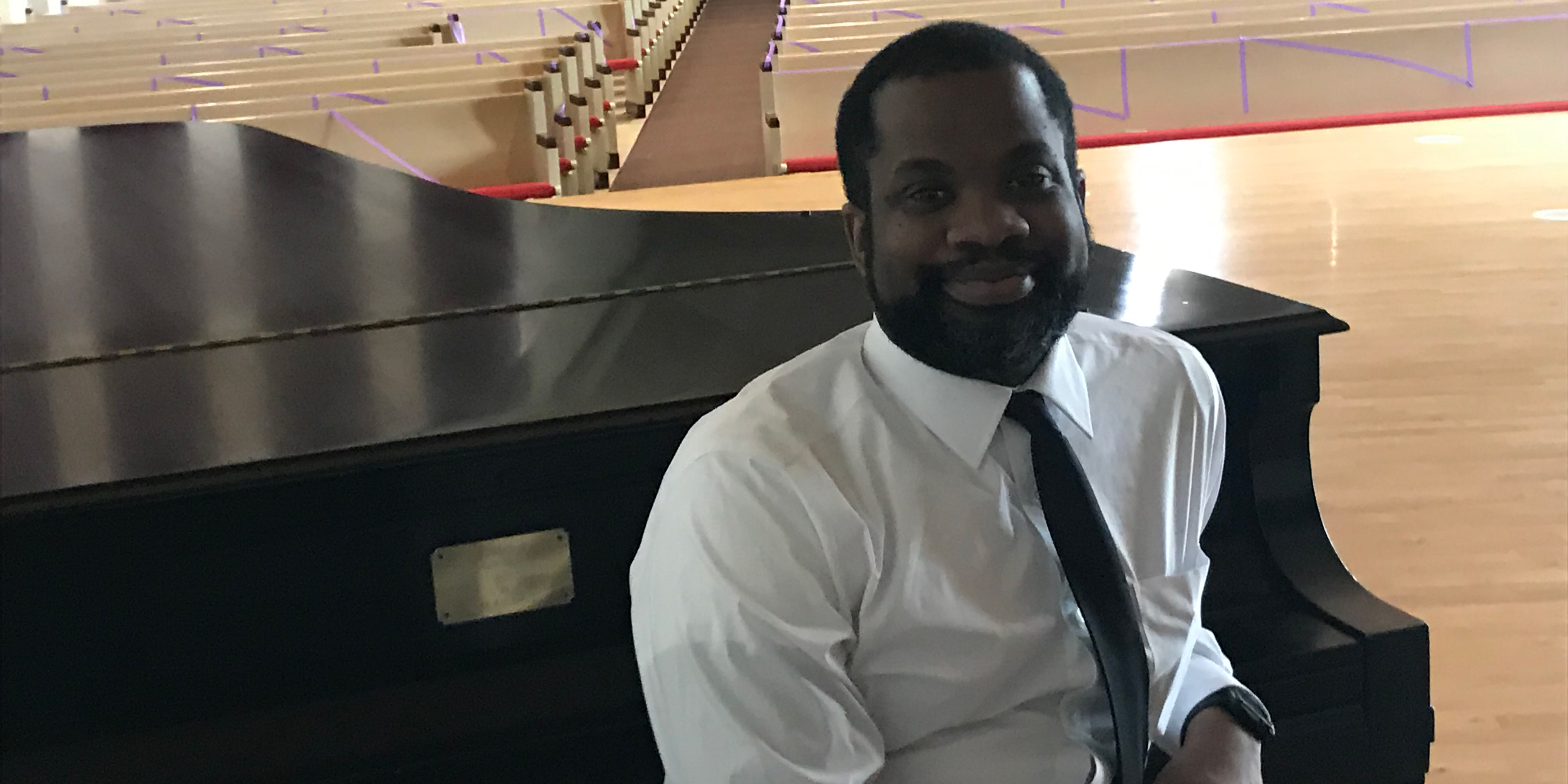 The percussionist comes from Wayland Baptist University in Texas with the intention of growing the British Eighth marching band, backed by a recent major gift. 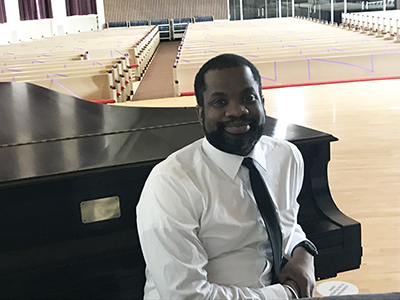 “There was not a music director within 200 miles who didn’t know who I was,” says Dr. Anthony King, the newest member of Albion College’s Music Department, about his most recent position in Texas. “Step one is getting to know the high school music directors.”Percussion has always been a part of his life, even as a kid, and when asked what he wanted to do for a living, he said he wanted to teach percussion in college. Now, after a successful eight-year stint doing just that, and more, at Wayland Baptist University in Plainview, Texas, King comes to Albion College as the new athletic band director and hopes to provide hits in a different way.

The task is a challenge—a goal of Steve Sarns, ’77, whose generous gift last year to establish the Sarns Build the Band Fund seeks to transform the College’s marching band, known as the British Eighth.

The gift will provide new band uniforms and new instruments as well as new equipment for the color guard and drumline, an upgrade to the outdoor practice field and travel expenses for events, and the hiring of a color guard instructor, drumline instructor and full-time marching band director and assistant. It all leads to what Sarns, and King, hope will be a tripling in size of the marching band in five years to make it an indispensable part of the Albion College experience.

The hiring of King, which coincides with the upcoming retirement of longtime professor Dr. Samuel McIlhagga, is one of the pivotal steps in the process, and recruiting students who are interested in music is a priority.

“One of the things I think is important is that people have to know who you are by what you’re doing, not by what you say,” said King, a native of Pensacola, Fla. “It’s about who you are. It’s about being more mobile in the community and figuring out how to do that. It’s about knowing the music directors and visiting classrooms so that Albion becomes more than the name of the area. They know it as the school.”

Albion is hoping that ability can translate into new students interested in either continuing music or returning to it after playing in high school.

“Recruiting is a top priority,” said Dr. David Abbott, professor of piano and chair of Albion’s Music Department. “And Dr. King is a top recruiter.”

Abbott added that the College is in the final stages of hiring the second music director, who will work with King to help recruit band members.

“During the interview process it was clear that Dr. King is passionate about student success and growing a nationally recognized marching band program,” said Dr. Hernan Bucheli, Albion’s vice president for enrollment and strategic initiatives. “This is an important new initiative for Albion College and we are fortunate to have Dr. King joining the College and the Albion community."

A professional drummer who has played with the Lubbock Symphony Orchestra and various jazz groups in the Plainview area, King is eager to see how he can take his message to students in Michigan and beyond—even in the grip of a pandemic.

“We’ll work to make this happen despite the pandemic,” he said. “I was at Wayland Baptist for eight years and that area had the largest concentration of small high schools in the state. There was not a music director within 200 miles who didn’t know who I was. So it’s a bit different here and step one is getting to know the high school music directors.”

His goal is to recruit students who love to play and want to make a difference.

“One of the misnomers is that you’ve got to be a music major,” King said. “I’ve never known a band director who wants a band of majors. Sometimes your non-majors have skills that are even more helpful. What is important is that the environment is welcoming to students who have some sort of history or involvement in a music program.”

And while, for the moment, the pandemic places limits on what he can do and where he can go, King knows that soon enough he’ll get his opportunity to describe what an Albion College education can offer students who are keen on continuing their musical interests.

“Recruiting and retention can work only if there’s a relationship,” he said.