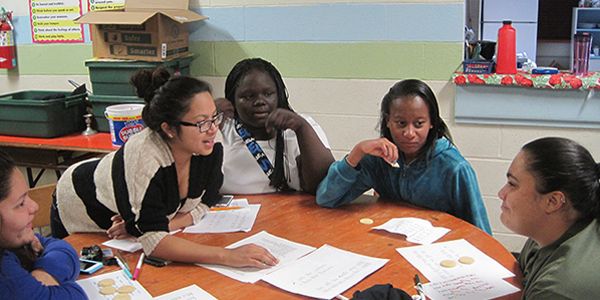 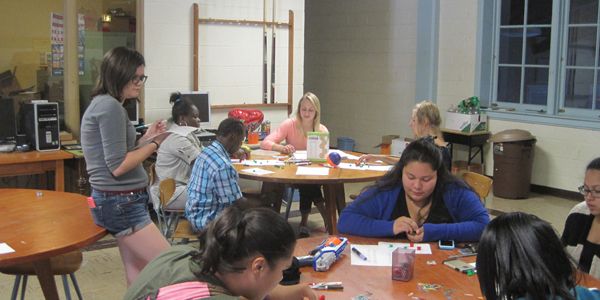 Kids at Hope: Sophomore Maggie Berwick leads students and volunteers in a game of Bingo. 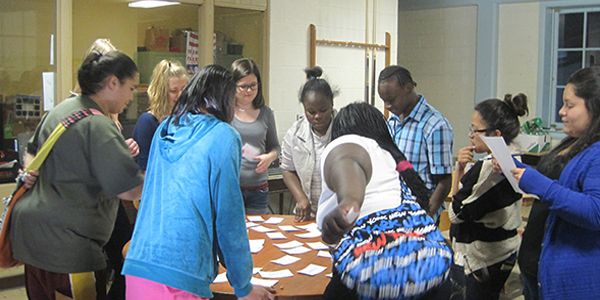 Kids at Hope: Students and volunteers prepare to play Slap-Jack with vocabulary words. 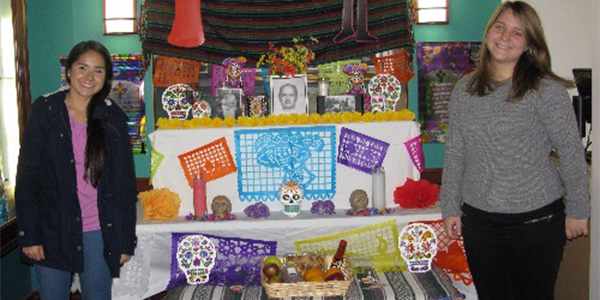 Dia de los Muertos 2014: Metzli Ziara Cammacho Barreto and Crisitna Ybarra Garcia set up their altar in the lobby on the first floor of Vulgamore Hall. 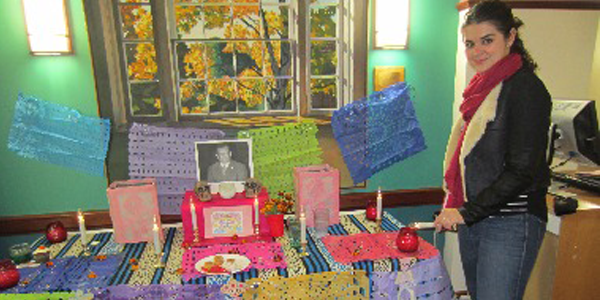 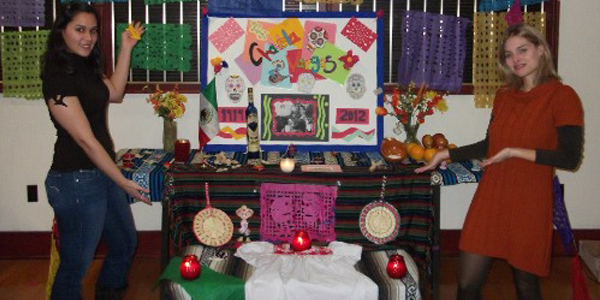 First-Year Experience Students Travel In and Out of La Mancha 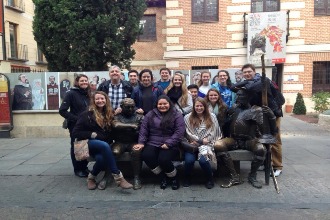 Course Description—“The best novel in history: 100 renowned authors select ‘El Quijote’ in a survey conducted by the Nobel Institute.” Thus reads the title of a full-page article in El País from Wednesday, May 8, 2002. Most critics agree that Miguel de Cervantes’s work Don Quixote of la Mancha is a masterpiece of world literature that changed the trajectory of the genre of narrative fiction, and secured itself a privileged place in world culture. Virtually everybody has heard of Don Quixote and Sancho, and most have seen some representation of their (mis)adventures, be it the Broadway hit Man of La Mancha, the more recent made-for-TV movie starring Jon Lithgow, or Mr. Magoo’s Don Quixote. The phrase “tilting at windmills” and the adjective “quixotic” are found in English dictionaries. Don Quixote is all around us, especially this year, 400 years after the publication of Part II of the work. Nevertheless, relatively few human beings have actually read the entire book coverto-cover.We will study all of Don Quixote in translation and examine its intertextual relation to works that preceded it, and others that were inspired by it that have been produced in and out of Spain. Finally we will visit La Mancha (in December for one week) to see where it all began and to appreciate how this novel—set in a particular place and time—has managed to transcend seventeenth-century Spain. Students will discover that reading and analyzing this work—the first great modern novel—can be a challenging and life-changing experience. 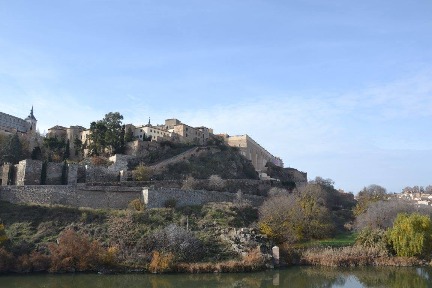 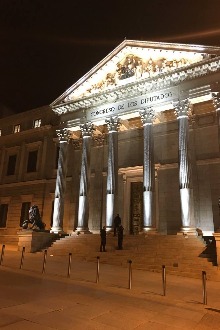 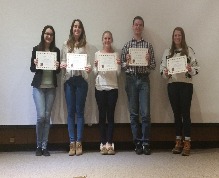 The Spanish section of the Department of Modern Languages and Cultures hosted its 14th annual Fiesta de Poesía on March 23, 2016. The students in Spanish 202 memorized a poem given to them in class and presented it at the event. They were competing for the Jean Keller Award in Spanish. The winners of the contest were Emilee Weiblen and Daisy Orellana in first place, Lynette Gumbleton in second place, and Matt Osterndorf and Lauren Hall in third place. After the Jean Keller Award competition, the students from the Advanced Creative Writting class presented poems that they had written about spring. The event was a huge success and we can't wait to host it again next year!

To see a copy of the program from the Fiesta de Poesía, click here.