Geology Students Go with the Flow in Hawaii 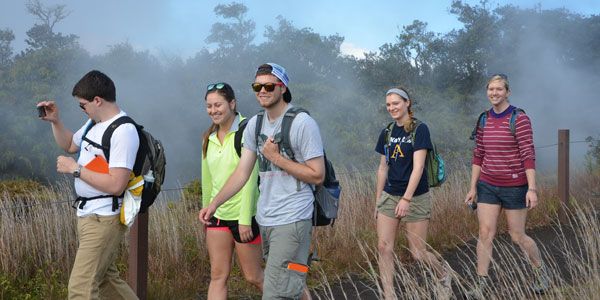 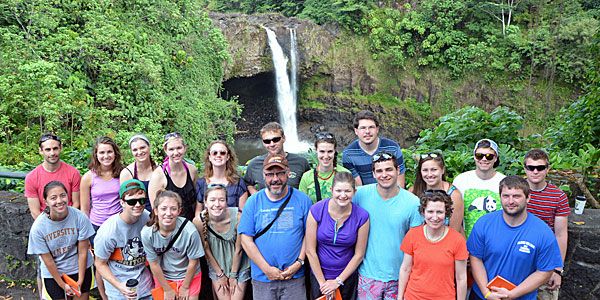 Everyone in front of Rainbow Falls near Hilo. 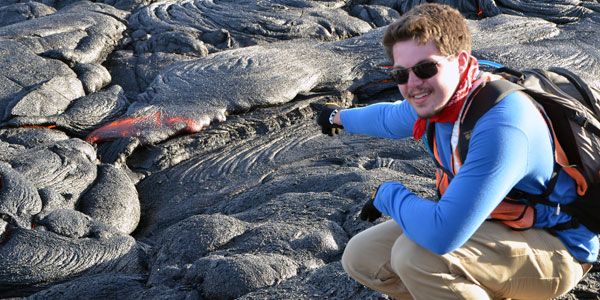 Stephen Detwiler standing about 10 feet away from flowing lava. 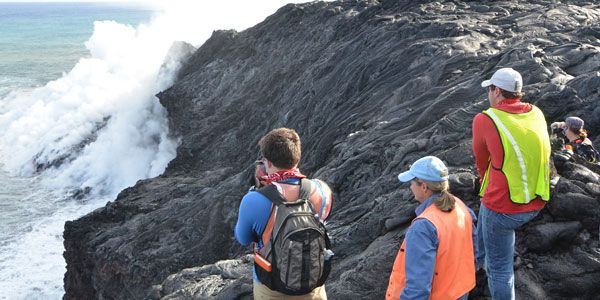 Students with our guide watch as lava flows into the ocean. 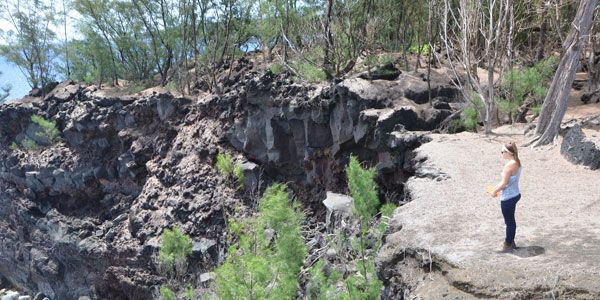 Allie Bloodworth on the flank of a littoral cone, where lava exploded on contact with ocean water. 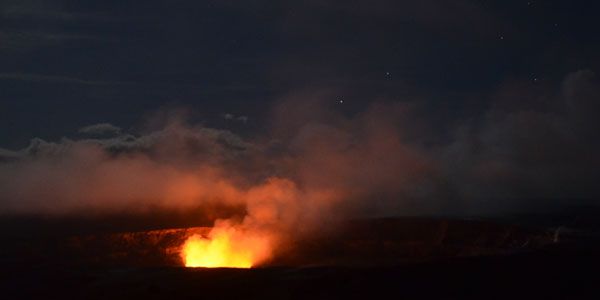 Glow from the lava lake in Halemaumau crater at night 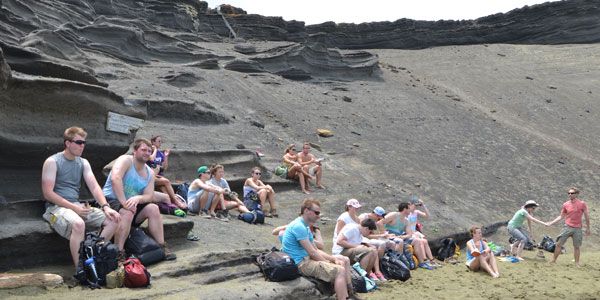 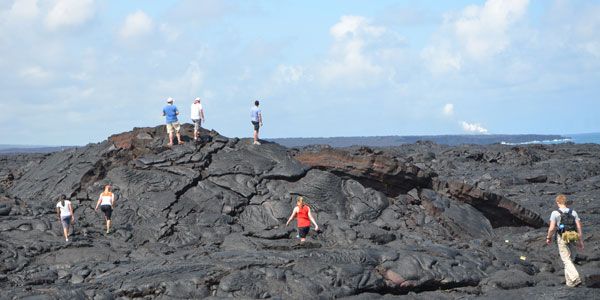 Students walking on a tumuli, a place where the lava was forced up during cooling. 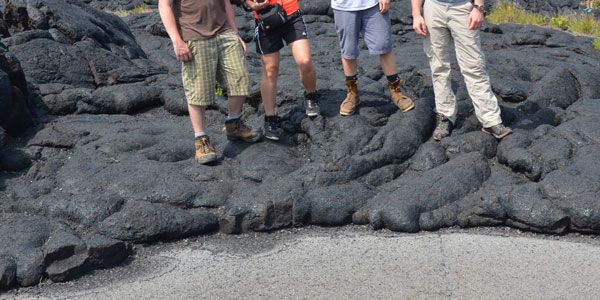 Stephen Detwiler, Ellen Redner, David Huggins and Jake Bloom standing where the lava flowed over the highway in the 1990s. 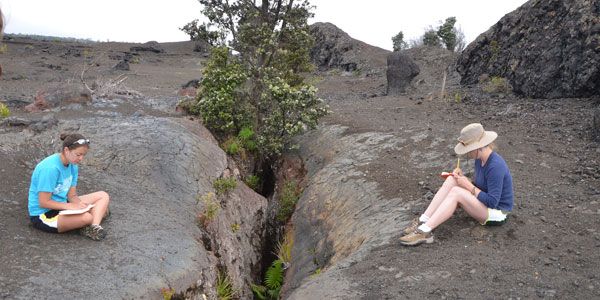 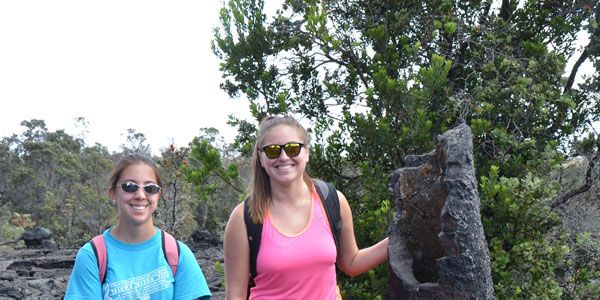 Allie Bloodworth and Kristi Kotrapu standing next to a lava tree

Students inside of Kilauea Caldera 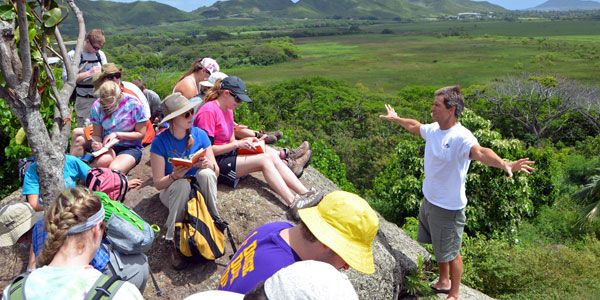 Albion alumus and U. of Hawaii professor, Chip Fletcher, '79, leading a tour for us. 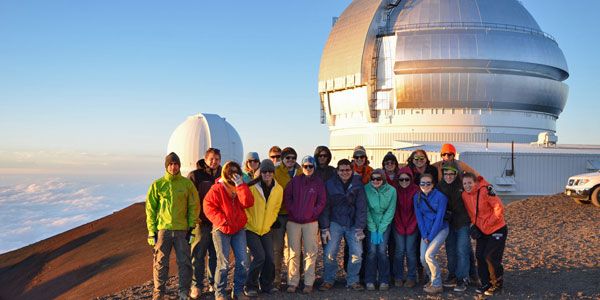 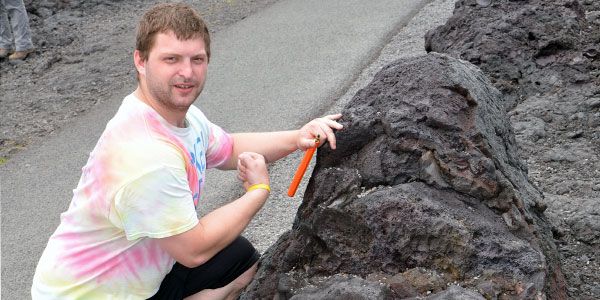 Alex Fancy with some pahoehoe lava 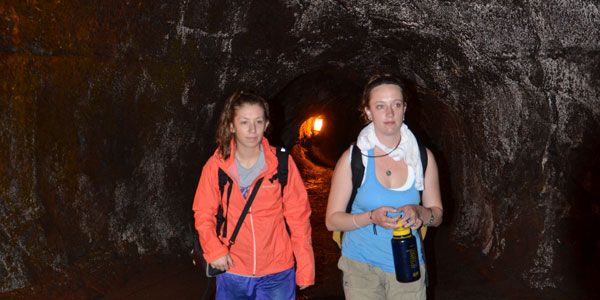 "My shoes melted; I don't think they were necessarily made for lava hiking," said Hannah Pankratz, '14, recalling an unexpected event during this summer's Regional Geology class field trip to Hawaii. The class was studying lava flow in Volcanoes National Park, a highlight of the trip.

"There was a hot feeling through your boots," added Heidi Keller, '14. Beyond the heat, Keller added that the lava cools from the surface downward, creating sheets of glass with open pockets underneath. "As you walked, you could hear the crackling noise of lava breaking, too," she said.

It was a decidedly different look at Hawaii for the students, who were led on the trip by geology professors Carrie Menold, Mick McRivette and Thom Wilch. As they looked at at lava flows and climate-change impacts, the students honed field skills and further developed the knowledge gained in class.

Chip Fletcher, '79, professor and associate dean of the University of Hawaii's School of Ocean and Earth Science, led a trip around Oahu highlighting the volcanic history of the island and the more recent impacts of climate change.

"In order for clouds to condense and precipitate to supply the Hawaiian Islands with fresh water, you need cool temperatures combined with the topography," said David Huggins, '14, recalling one of Fletcher's points. "With increasing global temperatures, the cooler air will be above the topography, so all of the precipitation will bypass the islands. This will cause serious problems involving fresh water supplies."

The majority of the trip, however, was focused on Hilo and Hawaii Volcanoes National Park. Several days were spent hiking through the park, observing current volcanic activity and the formations left by past eruptions.

Menold explained that the Regional Geology class is an important part of expanding experiences for Albion's geology students. "There's not a lot we can do near Albion," she explained. "We use this class to give students a variety of experiences in different geological settings. All geology students must take this class once, but a lot of them take it two or three times, because each trip is to a different place with different geology."