Dr. Richard Youle, '74, Finds a Path Forward in the Treatment of Parkinson’s

The NIH researcher has been awarded the 2021 Breakthrough Prize in Life Sciences for his groundbreaking research on the degenerative brain disease.

A senior investigator for the National Institutes of Health in Washington, D.C., for the past four decades, Youle has always asked questions that often did not have the easiest answers.

The Midland, Mich., native learned much of that from Albion College and, specifically, from longtime biology professor Ewell “Doc” Stowell. 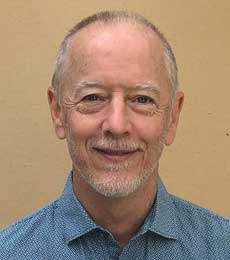 Dr. Richard Youle was mentored at Albion by biology professor Ewell “Doc” Stowell and believes the liberal arts education he received convinced him he could flourish in the medical research field.

In September, asking those questions and finding some important answers led to Youle being named as one of four recipients of the 2021 Breakthrough Prize in Life Sciences for his long-term work in studying Parkinson’s disease.

The Breakthrough Prize Foundation, which includes on its board of trustees Facebook founder Mark Zuckerberg, has awarded the prize since 2012 in recognition of vital recent achievements in fundamental physics, life sciences and mathematics.

“It was a complete surprise,” Youle said from his home in the D.C. suburb in Kensington, Md. “I knew I had been nominated but I’ve been nominated for a lot of things. I never would have dreamt I would have won.”

Youle was acknowledged “for elucidating a quality control pathway that clears damaged mitochondria and thereby protects against Parkinson’s Disease,” according to the Foundation press release. Due to the COVID-19 pandemic, the awards ceremony has been postponed until March 2021. He will also receive a $3 million award.

Youle has been an NIH researcher since 1978 and his love of medical research has taken him into the study of the immunology of bone marrow transplantation, therapies for brain tumors and programmed cell death. And that led him to his groundbreaking research on Parkinson’s Disease, a brain disorder that afflicts some 500,000 Americans a year.

Youle and his team began researching Parkinson’s in 2007 and, in time, they discovered a quality control pathway for the brain’s “power plants” known as mitochondria. They learned that Parkinson’s could develop if that pathway was missing.

“We saw that it’s the loss of that pathway that’s bad,” Youle said. “And if we can boost it, that may be good. There could be clinical trials.”

He acknowledged that there is still no cure for Parkinson’s, but with new treatments the degenerative disease could be stopped in its tracks before getting worse.

“If we could treat it early we could stop it worsening,” he said. “Those motor symptoms we can ameliorate now with drugs, and if we can stop the neuron death in its tracks it wouldn’t progress. It’s like early stage Alzheimer’s; if you could stop it right there, you can continue to have a quality of life.”

With all of the advances in neurological disease, Youle says there is still much to do.

“We know what goes wrong in these patients,” Youle said. “Part of the brain dies. Over the last 10 to 15 years there’s been a revolution in genetics and they’ve discovered genes that are passed down and lead to Parkinson’s. Now we know there are five to 10 genes and this gives us a handle on what causes the disease. And when you know that, it gives you an insight. We hadn’t known what causes it. We didn’t know why one person gets it and another doesn’t, but now we have more insight. We’ve found out what some of these genes do, and it tells us what may be going wrong.”

It has been a long journey from studying botany at Albion to the neuroscience labs at NIH, but for Youle, his time at Albion was memorable.

“I wanted to become a professor at a small college,” he recalled. “And then I got bitten by the research bug and I never taught much after that. But at Albion I wanted to become a biology professor and I spent a lot of time outdoors with Doc Stowell. He was my mentor. He’d take us on field trips and I was interested in ecology. I wanted to be like he was: be a professor; be outdoors; interact with students. Then the research bug hit me and I never went outdoors for research again.”

After earning his bachelor's degree in biology at Albion, Youle went on to the University of South Carolina for graduate work in biology and that’s where his love of research took root.

“I had this professor (Tony Huang) who inspired me to work 24-7,” Youle said. “He was a great role model. I had heard early success in science is addictive, and I wanted to hit that bar over and over.”

He would go on to do post-doctorate work in medicine at NIH, and he’s been there ever since. But he credits his time at Albion for helping him navigate the often complex field of medical research.

“I really had a great experience at Albion,” said Youle, who shares alumni status with his younger brother Jeff, ‘81 (a current member of the Albion Board of Trustees), and sons Thomas, ‘07, and John, ‘10. “I was pleasantly surprised as I moved east what a strong liberal arts foundation Albion gave me. I felt I could compete with anybody. Albion has served our family well.”

For Youle, Parkinson's research has been fulfilling and vital. But for someone who always asks "why," there is always a new question to ask.

“It’s the law of diminishing returns,” he said. “My work in Parkinson’s has reached a turning point. I like those big discoveries and we’re now heading in new directions. There are links to inflammation and Parkinson’s, and we’re now appreciating that there’s an innate immune system in flies and earthworms that recognize bacteria, and that’s a pathway that might be linked to Parkinson’s, too. The mitochondria work was outside the box when we started this research. But now that box is built, so we’re heading outside of the box again. I probably learned that at Albion.”

As for his $3 million award?

“Some of the money will go to my research because there is a gap in funding at NIH,” he said. “I want to continue to support other areas such as glaucoma research. But we’ve been so thrifty our whole lives, I don’t think much will change.”

Then he pauses and laughs. “But I’m not going to change the oil in my car myself anymore.”