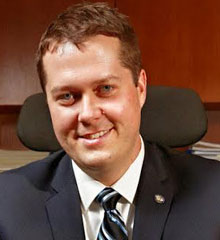 Robert Bruner's local government management career began when he became the Assistant to the City Manager of Oak Park, Michigan, in 2001. He earned a Master of Public Administration (MPA) degree and a Graduate Certificate in Economic Development from Wayne State University and became Assistant City Manager of Ypsilanti, Michigan, in 2004. There he helped establish an information technology partnership with Washtenaw County that won Government Technology's 2006 Michigan Excellence Award for best IT collaboration. Bruner also earned a Graduate Certificate in Local Government Management from Eastern Michigan University in 2005.

Bruner became the Chief Executive Officer of the Michigan Municipal Services Authority in August 2014. The Authority is a "Michigan public body corporate" created in 2012 through an Interlocal Agreement between the cities of Grand Rapids and Livonia. The Authority is a "virtual" city authorized to do anything a Michigan municipal corporation can do but it has no geographic boundaries. The purpose of the Authority is to engage in cooperative activities with other public agencies.

My internship at the White House, with Gene B. Sperling, Director of the National Economic Council and Assistant to the President for Economic Policy.

Albion gave me the opportunity to hold positions of responsibility that helped propel my career.