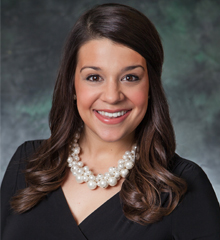 Annie Gawkowski currently serves as the Associate Director of Political Affairs for the Mortgage Bankers Association. In this role, Annie maintains the lead responsibility for the association's political action committee MORPAC, and the growth and development of the association's grassroots lobbying initiative, the Mortgage Action Alliance. During the 2013-2014 cycle, Annie led the respective programs to record breaking levels by exceeding $1.4m for the PAC, and doubling the size of the grassroots program.

Prior to her time at the Mortgage Bankers Association, Annie was the National Political Assistant for AMERIPAC - the leadership committee of Democratic Whip, Steny H. Hoyer. Previously, Annie served as Finance Director for Virginia State Senator Chap Petersen's successful 2011 re-election, and was a political fundraising consultant for a number of House and Senate campaigns.

A native of Muskegon, MI, Annie attended Albion College and obtained a masters degree from American University shortly thereafter. In her spare time, Annie is a member of the semi-professional acapella group The District. Annie resides in Arlington, VA.

My favorite memory of Ford was the first day of our intro class, PBSV 101. There were about 35 first year students in the seminar and we spent two hours discussing the definitions of "policy" and "service." It seems like such a simple exercise, but there was something thrilling about the first debate among our class of peers. It was a great way to set the next four years.

It's easy to do everything at Albion… resist the urge. Find a few things you are passionate about and get really engaged in them. Take on leadership positions, take the time to make lasting relationships with the other students involved in those activities and make it worthwhile. It's so much more fulfilling than doing a little bit of everything.

There was something about Albion that made me feel like I could do anything. As I student, I truly felt that the sky was the limit. My involvement with Ford helped me settle on a career in politics very early in my academic career, and I was able to build upon it for four years. I had countless conversations with advisers and professors about what I would need to do to get to Washington, and all of the support I needed to land internships that led me to full-time employment after college. Albion encouraged me to leave no stone unturned in the pursuit of professional goals - and it paid off. I'm doing exactly what I want to be doing.

Politics is the one field that will never be hit by a recession. Our democracy is set up in a way that there will always be people running for office and there will always be others trying to influence them when they get elected. There are so many specific avenues someone can take when breaking into politics - there is a little something for everyone, and there always will be.

I was lucky enough to do two internships through Ford.

My first was for the Congressional Hispanic Caucus the summer after my freshman year of college. As a CHCI intern, I spent four days a week interning for former Congressman Robert E. Andrews (NJ-01) and one day a week participating in professional development workshops with my fellow interns.

In my second internship, I was a United Nations Global Scholar. This experience also brought me to Washington, DC. In this program, I spent two days a week conducting research surrounding the UN Global Development Goals with students from around the world, and three days a week working at a political consulting firm. This internship was especially important, because I was offered a job at the consulting firm on my last day of work and they hired me the week after graduation in 2010.