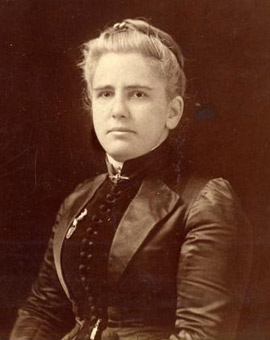 Founded in 1985, the Center is named for Anna Howard Shaw (1847–1919). Dr. Shaw was an ardent feminist, educator, Methodist minister, physician, orator and suffragist. The daughter of Michigan pioneers, Dr. Shaw attended Albion College from 1873–1875 before becoming one of the first women to be ordained in the Methodist Church. Dr. Shaw served as president of the national Women’s Suffrage Association for 12 years during the early 20th century.

The Anna Howard Shaw Women’s Center house is a gathering place for women – simply “a place of our own,” where women can join together to share ideas, access resources, and work together to promote growth. The Anna Howard Shaw Women’s Center aims to promote and support the status of women in the Albion Community. The Center’s programs and resources are available to students, faculty, and staff of Albion College as well as to the people of Albion and the surrounding communities.