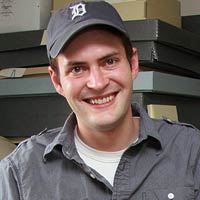 Shane Jackson conducted his college search like many other prospective students. The only difference was that Jackson was stationed on a Navy submarine at Pearl Harbor, his six-year stint as a machinist's mate first-class coming to an end. After being deployed on missions in the Western Pacific as part of the global war on terrorism – and earning two medals for his service – Jackson set his eye on college.

"I wanted to find a smaller college," the Minnesota native says. "I didn't want to disappear in a crowd. There are a lot of opportunities to get involved here rather than just going to class and going home."