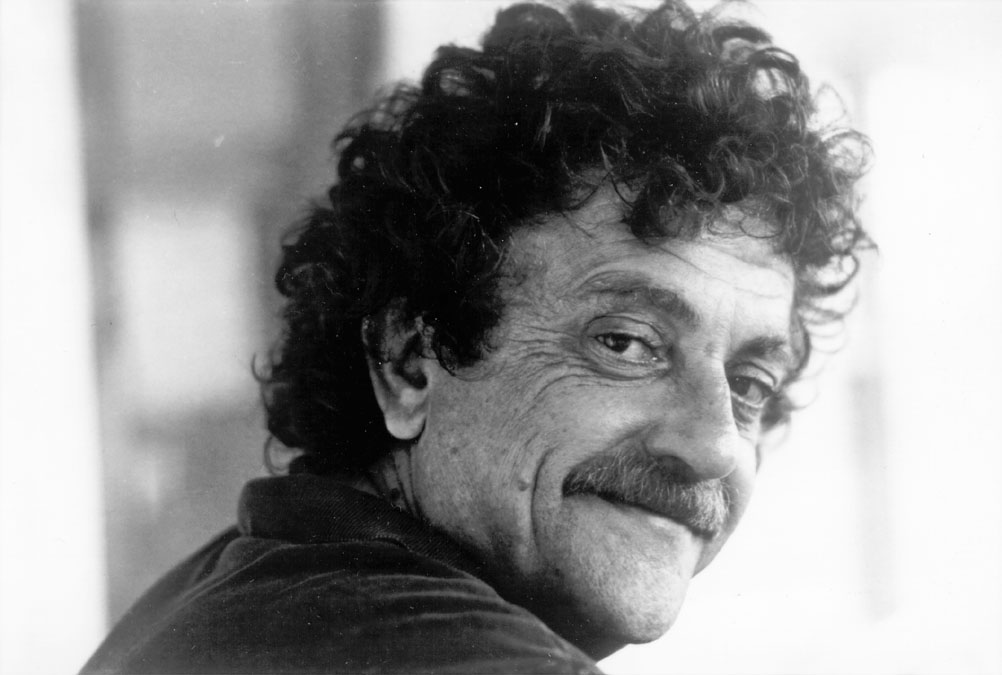 Kurt Vonnegut is firmly established as one of the leading figures in 20th-century American literature, with seventeen novels, several plays, and scores of short stories to his credit. Vonnegut's works have been translated into several languages and reviewed and analyzed by critics and scholars worldwide. His work has also been adapted for or influenced numerous television, theatre, and movie productions, and has inspired musicians, including the Grateful Dead, Ambrosia, and groups in Canada and the Netherlands.

Born and raised in Indianapolis, Vonnegut spent three years pursuing a degree in chemistry from Cornell University before joining the Army and being sent to Europe in 1944. He was captured by the Germans during the Battle of the Bulge, and survived the Dresden bombings as a POW, an experience that was the basis for his bestselling novel, Slaughterhouse-Five.

Upon his return to the U.S., Vonnegut received the Purple Heart. After attending the University of Chicago, he obtained a job as a reporter for the Chicago City News Bureau. Vonnegut later worked as a publicist for General Electric, taught English at a private school, and opened the second Saab dealership in North America. In 1971, he received an M.A. in anthropology from the University of Chicago.

His creative writing career began in the late 1940s, with short stories published in several large-circulation magazines, including Collier's and the Saturday Evening Post. Vonnegut's first novel, Player Piano, was published in 1951 and became a Doubleday Science Fiction Book Club selection in 1953. His later novels include The Sirens of Titan (1959), Cat's Cradle (1963), God Bless You, Mr. Rosewater (1965), Breakfast of Champions (1973), and Hocus Pocus (1990).

Vonnegut has held prestigious teaching appointments at the University of Iowa Writers' Workshop, Harvard University, and the City University of New York (where he served as Distinguished Professor of English Prose). He is the past recipient of a Guggenheim Fellowship (to research Slaughterhouse-Five) and a National Institute of Arts and Letters grant. Vonnegut was elected vice president of P.E.N. American Center, and vice president of the National Institute of Arts and Letters. In 2000, he was appointed State Author of New York. He resides in New York City.