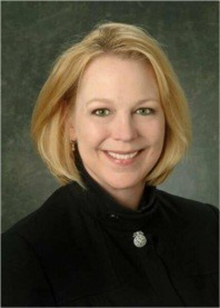 Mary Jean Eisenhower was born in Washington, D.C., during her grandfather Dwight D. Eisenhower's first term in office as president of the United States. She was christened in the Blue Room of the White House and grew up in Gettysburg, Pennsylvania, close to the Eisenhower Farm, where President Eisenhower eventually retired. Her father, John, was named U.S. Ambassador to Belgium in 1969, and she lived in Brussels with her family until 1972.

Eisenhower is president and chief executive officer of People to People International, which was founded by President Eisenhower on September 11, 1956 and became a private organization in 1961. She joined PTPI hoping to carry on her grandfather's dream, but it has since become a dream of her own.

In 1999 she established the PTPI Friendship Fund following an inspirational visit to an orphanage in Morocco. To date, the fund has provided assistance to many causes, including the global humanitarian eradication of landmines; earthquake relief in India; disaster relief to victims of the September 11, 2001 attacks and their families; support of schools for the underprivileged in China and Sri Lanka; a home for leukemia victims and their families in Cuba; Japan tsunami relief; and efforts in Rwanda and Haiti.

Following September 11, 2001, Eisenhower's focus intensified toward getting young people from around the world together to learn about each other and to engage in conflict management. Her vision resulted in Peace Camp 2003: An Evolution of Thought and Action and The Global Peace Initiative. The efforts have brought people from diverse areas, representing more than 30 nationalities, together in Egypt, Jordan and Turkey to discuss issues and reach a better understanding of their unique and individual cultures. The program remains active today.

Eisenhower has received the Knight of Peace Award from the International University in Assisi, Italy; the Medal of Honor from the Slovak Republic; the Consular Corps Award of Excellence; The Harry S. Truman Award for Public Service; Friendship Ambassador recognition from The Peoples' Republic of China; and the Friend of Foreign Service Award, Taiwan, among others. A recipient of four honorary doctorate degrees, Eisenhower has also served as a fellow at Stanford University and in the Churchill Institute at Westminster College (Missouri).