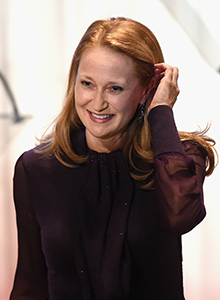 Amy Elaine Wakeland, the first lady of Los Angeles, is a political strategist, public policy expert, and advocate for children and families. She is active with organizations and campaigns focused on combating sexual and domestic violence, empowering women and girls, and serving the city's most vulnerable residents.

She recently led successful efforts to fund and complete Los Angeles' first-ever data-driven analysis of the status of women and girls and to expand the city's Domestic Assault Response Teams (DART) to all L.A. police divisions. DART is now a universal city program for the first time since its inception in 2001.

Wakeland helped found the Los Angeles Neighborhood Land Trust, which builds parks in the city's most park-poor neighborhoods, and the Pobladores Fund, a giving circle that contributes to local grassroots social justice causes. She is a past board member of People Assisting the Homeless, Just Detention International and the Liberty Hill Foundation. She also advises organizations, including the Coalition to Abolish Slavery and Trafficking and the L.A. Alliance for a New Economy, on human rights and economic justice work on behalf of women and girls.

As first lady, Wakeland has actively partnered with the Getty House Foundation Board of Directors and the Mayor's Office to open Getty House, the mayoral residence, to more members of the public—over 18,000 visitors to date—and reinvigorate its programming. Campaigns launched or unveiled through this programming include tripling the number of jobs available to L.A.'s youth, funding L.A.'s ambitious immigration reform efforts, and initiating L.A.'s drought education campaign.

Her professional career also includes positions as executive director of the Coalition for Kids, director of the Progressive L.A. Network, and strategic planner for the Los Angeles County Department of Public Social Services, as well as experience on presidential, statewide and local political campaigns.

Wakeland studied at the University of Oxford as a 1993 Rhodes Scholar following her graduation from Albion College, where she majored in English and minored in public policy as a member of the Gerald R. Ford Institute for Leadership in Public Policy and Service.