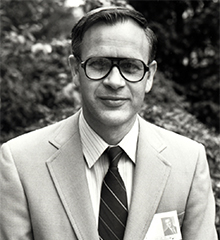 “Supercritical Water: A Contrarious Fluid and its Application for the Destruction of Aqueous Wastes”

Wilbur S. Hurst received his B.A. at Albion College in 1961, an M.S. in physics at the University of Pennsylvania in 1962 and his Ph. D. in physics at Pennsylvania State University in 1968. Since that time, he has been employed as a physicist at the National Institute of Standards and Technology (formerly the National Bureau of Standards) in Gaithersburg, MD. Currently he is a physicist in the Process Measurements Division. His career at NIST has included work on the development of the tungsten/rhenium alloy high-temperature thermocouple, properties of thin-film capacitance thermometers, non-linear spectrometry techniques for Raman spectroscopy and fundamental studies of spectral line shapes.