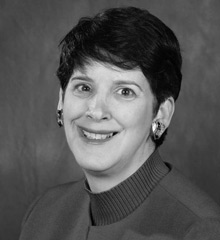 Denise Park is currently a professor of psychology at the University of Illinois at Urbana-Champaign (UIUC) and a faculty member in UIUC's Beckman Biological Intelligence Group. She is also director of a Roybal Center for Applied Cognitive Research on Aging. Park studies the cognitive neuroscience of aging; memory processes and aging; culture, cognition and aging; and the impact of neurobiological changes on cognition in everyday life.

Her primary research interest is in understanding the effects of age-related changes in memory function, on both the individual and the collective levels. She utilizes neuroimaging and behavioral studies to evaluate picture memory and imagery formation abilities in individuals. With these studies, Park is working to “map” the changing neural circuitry associated with the brain's encoding and retrieval processes. At the collective level, Park's research examines the implications of aging in society. Using cross-cultural research studies in Asian and Western cultures, she has focused on cultural differences in basic memory processes and how these processes are affected by aging.

Since 1981, Park has been the principal investigator for research initiatives funded by the National Institute on Aging, the Arthritis Foundation, the National Institute of Arthritis and Musculoskeletal Diseases, and the AARP Andrus Foundation. The author of numerous articles in professional journals, she has also been quoted widely in the media, including The New York Times, The Washington Post, USA Today, Time and AARP's Modern Maturity, and her research has been featured on PBS.