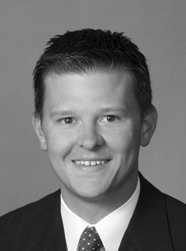 Midwest director of the Sierra Club’s Beyond Coal Campaign

“New Energy for America: From ‘Liberal Arts at Work’ to Moving Beyond Coal”

James Gignac currently serves as Midwest director of the Sierra Club’s Beyond Coal Campaign. Based in Chicago, Gignac helps coordinate and manage the campaign’s legal, organizing, and communications activities across a fourteen-state region. His principal focus is on supporting the campaign’s goal to eliminate one-third of the nation’s global warming emissions that come from the use of coal to generate energy by opposing new coal plant proposals, accelerating the retirement of existing coal-fired power plants, and driving investment away from coal and into clean energy solutions like energy efficiency, solar power, and wind power. Gignac’s day-to-day work consists of a varied and interesting mix of strategic planning, legal coordination, messaging, organizing, and policy advocacy designed to help move America beyond coal and into the clean energy economy of the future.

After graduating from Albion with majors in history and political science, Gignac earned his law degree from Harvard Law School in 2004. While in law school, Gignac served as executive director of the Harvard Legal Aid Bureau, was elected president of the Harvard Environmental Law Society, and received a Dean’s Award for Community Leadership. After leaving Harvard, he spent a year serving as a judicial law clerk for the Alaska Supreme Court. Gignac then returned to the Midwest and worked as an associate in the environmental practice group with the law firm of Mayer Brown LLP in Chicago. He joined the Sierra Club in his current capacity in June 2008.

This will be Gignac’s second presentation at an Elkin R. Isaac Symposium. As an Albion College senior in spring 2001, he presented his thesis entitled “Citizen Environmental Activism: Three Case Studies in the Albion, Michigan Area.” The thesis consisted of an analysis of three different opportunities Gignac had during his time at Albion to work with and study citizen involvement in environmental issues as a member of the Environmental Institute’s interdisciplinary Rice Creek Project and Professor Wesley Dick’s Environmental History course. Gignac received a Jenkins Award for his thesis work and was also named the outstanding graduate in both American history and political science in 2001. In his current role with the Sierra Club, the nation’s oldest and largest grassroots environmental organization, Gignac continues to work with and for volunteer activists seeking to protect their local environment and address the critical challenge of climate change.

The Institute for the Study of the Environment is a co-sponsor of this lecture.