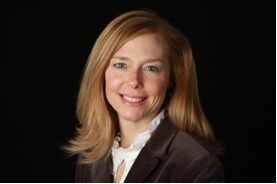 Kristen Verderame is CEO and Founder of Pondera International LLC, a consultancy formed to assist venture capital firms ensure and increase the value of their investments. Ms. Verderame has held a number of consultative and strategic business roles over the last several years.

Ms. Verderame spent the bulk of her professional career in a variety of roles within BT (British Telecom) Group plc. Her last role was Vice President and General Counsel for the company’s US operations, where she was a leading member of the management team. During her tenure, Ms. Verderame led the company’s Legal Department, and was also responsible for various operational areas such as Procurement, Security and BT Federal (BT’s US Government sales organization).

Ms. Verderame holds several advisory roles outside of her day-to-day professional responsibilities. She has been actively involved in the network of British-American organizations in the US and UK for years, and currently serves as the general counsel to the British American Business Council, the international umbrella organization that represents over 2,500 British and American businesses across 25 chapters in the US and the UK. She is also past president of the Washington, D.C. chapter. Ms. Verderame currently serves as the general counsel to the European-American Business Council, and as a Non-Executive Director for UK Trade & Investment. She holds membership in the Federal Communications Bar Association, the American Bar Association and the bars of the State of Illinois, the District of Columbia, the U.S. Court of Appeals for the Federal Circuit, and the U.S. Court of International Trade. Ms. Verderame is an accomplished public speaker, and has presented in numerous fora on a variety of international telecommunications policy, security, trade, employment and business issues.