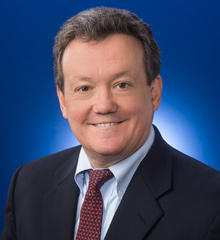 For the past 22 years, Michael Harrington has worked for Eli Lilly and Company, currently serving as the firm’s senior vice president and general counsel and as a member of the company’s executive committee. Previously he was deputy general counsel of global pharmaceutical operations, overseeing legal matters for Lilly’s global business units in animal health, biomedicines, diabetes, emerging markets, and oncology. Among other positions he has held with Lilly, Harrington served as managing director of Eli Lilly New Zealand and as general counsel for Lilly’s operations in the Asia Pacific region. As a member of various leadership teams at Lilly, he enhanced the company’s internal and external diversity initiatives.

Along with serving as an Albion College trustee, Harrington currently serves on the boards and executive committees of the Indiana Chamber of Commerce, Lawyers for Civil Justice, the Indiana Repertory Theatre, and the International School of Indiana. He is a former director of the St. Francis Healthcare Foundation in Indianapolis and has been a board member of the American Tort Reform Association and the Indiana Legal Foundation. Harrington frequently shares his litigation expertise as a speaker, recently addressing the American Conference Institute and the International Association of Defense Counsel.

At Albion College, Harrington majored in English, and was a member of Delta Tau Delta and Omicron Delta Kappa. After graduating from Albion with Phi Beta Kappa honors, he earned a J.D. from Columbia University. He is married to Judy Small Harrington, ’86, and they and their family live in Zionsville, Indiana.

Read more about Harrington in our Success Stories series