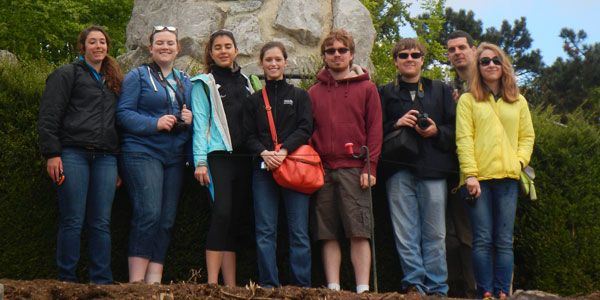 The group at the Newfoundland Memorial Park, Beaumont-Hamel, France 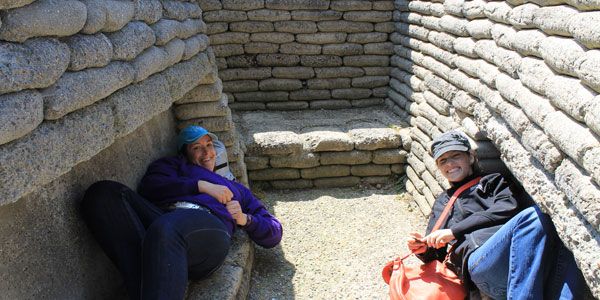 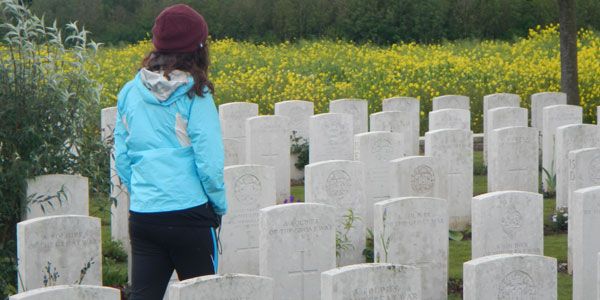 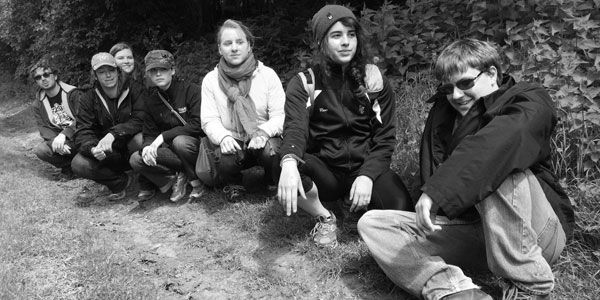 Re-enacting the "Sunken Road" scene from The Battle of the Somme by Geoffrey Malins, shot during the battle. 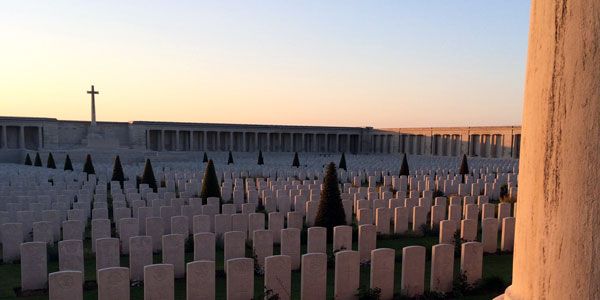 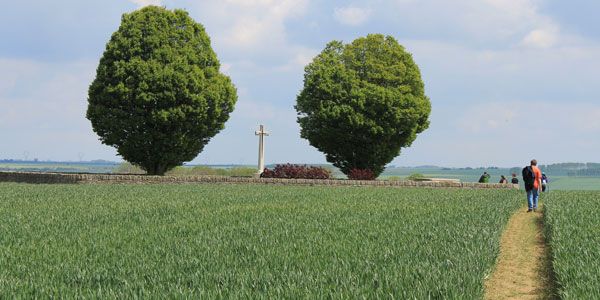 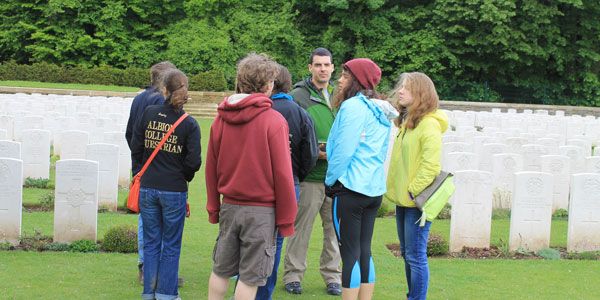 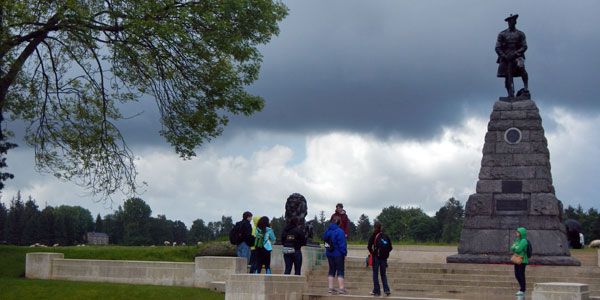 Students beneath the 51st (Highland) Division Memorial at Beaumont-Hamel. 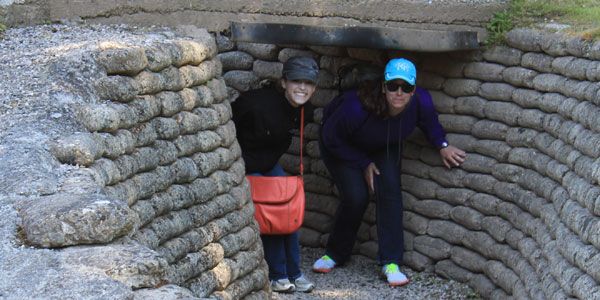 Wright and Stapley at Vimy Ridge 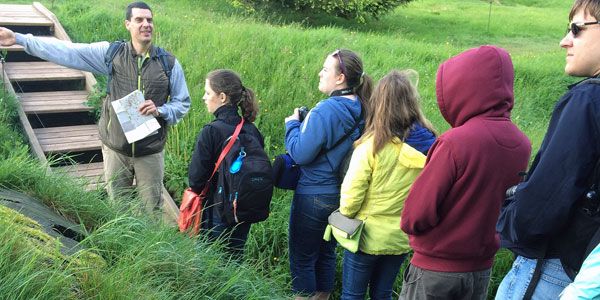 Hagerman’s class finds a World War I sense of place

"I was surprised by my own reaction when I saw his name," says Grace Talaski, '17, of her encounter with a memorial to German war dead at Langemark, near Ypres, Belgium. "Even though I have no way of knowing whether Franz Talaska is related to me, seeing his name really brought home to me how widespread the effects of The Great War are. Simultaneously, I was shocked, hurt, and confused—I didn't know the proper emotional response to have."

Place is powerful. The experience of battlefields, cemeteries, monuments, and museums provided a profound field trip for a group of students in history professor Chris Hagerman’s class "We Are Making a World: Trauma and Cultural Change on the Western Front, 1914-18." The class, offered through Albion’s Prentiss M. Brown Honors Program, traveled in May to France and Belgium, where they explored the very sites they had studied on campus using historical maps, diaries, letters, literary memoirs, poetry, paintings, photography and film.

The notoriously horrific conditions of World War I trench warfare served as a focal point for Hagerman and his students. "WWI did not inaugurate trench warfare, but it brought to such fighting an unheralded degree of industrial intensity [which] visited unspeakable horrors on millions of soldiers," Hagerman explains. Through a study of trench warfare’s three great traumas—the destruction of human life, of civilization, and of the environment —students came to understand the Great War’s impact on individual soldiers and, through them, culture at large.

For Talaski, the trip brought the course out of "history" and into the present day. "I could see for myself how the War is still extremely important in Europe today, one hundred years after its beginning," she said. Also, "in some places, the war is glorified, but in others it's portrayed as an atrocity."

As an example, Talaski explained that "at Vimy Ridge, a Canadian memorial, the sacrifice of Canadians and Canadian victory is celebrated. On the other hand, the In Flanders Fields Museum in Ypres highlights the ugly, disgusting, and violent aspects of the war, which makes sense in light of how Ypres was destroyed."

Talaski also recalled that the region contains many "amateur" museums, which the group also found fascinating. "At the Le Tommy restaurant, the owner had amassed his own collection of artifacts and memorabilia. He had even created his own trenches in the backyard," she said. "Although this is an extreme example, this shows how The Great War continues to fascinate people. This trip is the only way I could come to realize and understand this."

"We were able to see the actual front lines and just how close the two sides were," said Kelsey Burns, '16, explaining that from one high point, the group could see five cemeteries created along the Front. "We saw the lasting damage to the environment from the craters, shell holes, rippling forest floors, the shrapnel balls that we found on the edges of farmers’ fields," Burns continued.

"I am not a 'history nerd,' and I didn’t think the trip would teach me that much. By the end, however, I didn’t want to leave the front lines to go to Paris," Burns concluded. "I learned so much about the people [who endured the war] and was standing in the place where those events had occurred," Burns concluded. "I was interested in learning more. The trip was an amazing learning experience."

Hagerman visited the Front in 2013, while researcing WWI soldiers' reactions to environmental destruction in the Trenches. "I’d studied and taught the Great War for some time, but I’d never explored the sites in any serious way," he recalled. "The power of the places “took my understanding of the Great War to an entirely new level. Before that first trip was over, I knew I had to give students in my Honors seminar the same experience."

Hagerman credits Albion's Honors program, History Department, and Provost’s Office for supporting the trip. The whole process, he says, was "a confirmation of Albion’s commitment to link the critical intellectual work we do in classrooms to active experiences in the world beyond.” Indeed, place is powerful.