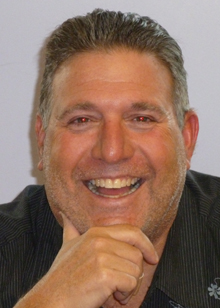 My work emphasizes both historical research and analytical methods in an attempt to answer some of the broad questions concerning state-society relations, institutional change, and the long-term factors underlying contemporary national and international politics. In the broadest sense, my interest is in the relationship between war-making and state formation. Currently my area of research is focused on problems that are situated at the intersection of security studies, law, and public policy.

I am currently working on two projects: an article co-authored with Guy Oakes, The Origins of the Truman Loyalty Program Reconsidered: Institutional Developments and Political Contingencies. This essay considers the rationalization of internal security programs in the postwar 80th-82nd Congresses and its consequences for both political development and citizenship in the United States during the early Cold War.

The second project considers the institutional roots of the Department of Homeland Security and the problem of balancing anti-terrorism, civil liberties, and civilian defense in the post-September 11, 2001 period. This will be the topic of my second book. It is a comparative study of the internal security policies in United States, Great Britain, and Israel. This project examines two primary issues: war and state-building as it relates to the post-9/11 period; and, given that the DHS hopes to selectively institutionalize some programs that are used in both Great Britain and Israel as tools for internal security, I am interested in examining what kind of public policy is possible in a robust federal republic such as the US.

Finally, I am involved in research (linked in many ways to the above) that is tied to my participation in the Social Science Council's (SSRC) program, "Reframing the Challenge of Migration and Security."