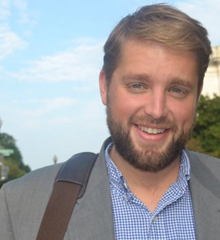 Reed Eckhold joined The Wessel Group after working for 5 years on Capitol Hill, having developed expertise in policy analysis emphasizing economic and defense policy, strategic communications, and congressional affairs. Reed most recently served as the Communications Director and Congressional Liaison for the U.S.-China Economic and Security Review Commission. Prior to the Commission, Reed advised Congressman J. Randy Forbes on a variety of issues, including foreign affairs, intelligence, homeland security, trade and manufacturing. In addition to his issue portfolio, Reed managed the bipartisan Congressional China Caucus, where he authored the widely read daily China Caucus Brief for Congressional Members and staff.

Reed grew up in Petoskey, MI. He holds a Bachelor of Arts in Political Science from Albion College and a Master of Arts in National Security and Statecraft from the Institute of World Politics.