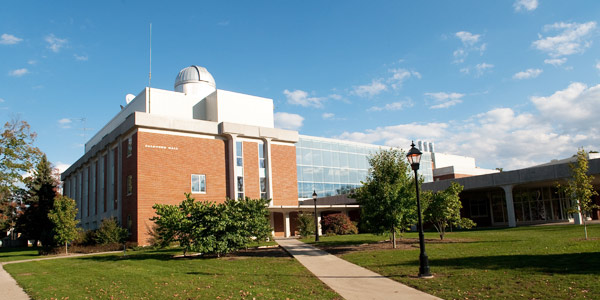 Palenske Hall houses the Physics, Geological Sciences, and Mathematics and Computer Science departments. It is one of the three buildings in Albion College's Science Complex, originally completed in 1969, renovated in 2006, and named for Fred C. Palenske.

The department has fully equipped instructional laboratory spaces for introductory physics, electronics, and advanced projects. Students have keycard access to a student room and some laboratory spaces. In addition, the Science Complex has many small lounge and study areas that are ideal for studying, interacting with faculty, or just hanging out. 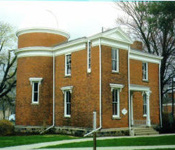 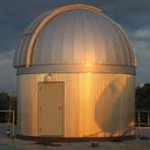 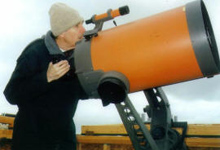 First, second photos from left: The historic observatory houses the 8" Alvan Clark refractor and was designated a Michigan Historical Site in 1985.

Third, fourth photos from left: A 16' Ash Dome houses the Stellman telescope, a 14" Celestron reflector. The department also has three 10" Meade LX200GPS telescopes and an 11" Celestron Nextstar GPS that can be mounted on permanent piers on the roof of Palenske Hall. These telescopes are used in astronomy classes and for student research projects. 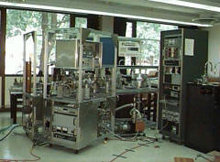 Over the past few years the department has upgraded the laboratories with networking and computer-assisted apparatus.

A "portable" photodetachment apparatus (pictured at right) was transported to Albion from the University of Toledo. The apparatus has a low energy (50 kV) accelerator, with a hot filament ion source and charge-exchange chamber for making negative ions, which are then energy analyzed. Several students have worked with Professor David Seely on this apparatus.

If you have questions about our facilities and equipment, please contact us.