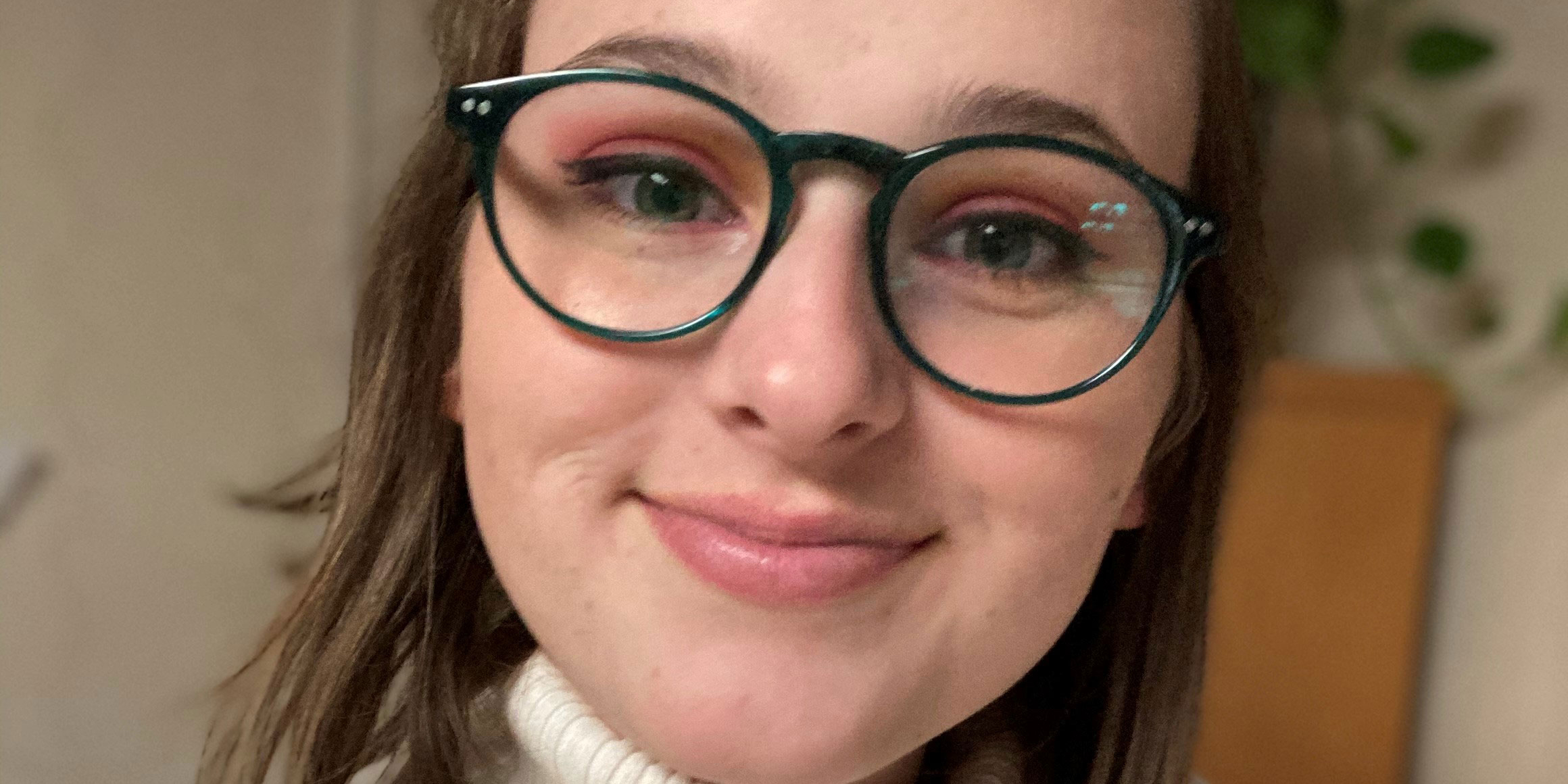 Claire Mitchell is a senior mathematics major with actuarial emphasis and a theatre minor. A member of the Prentiss M. Brown Honors Program, Mitchell is the child of Jennifer Mitchell of Saint Paul, Minn., and Michael Mitchell of Dallas, Texas.Actuarial science isn't for the faint of heart.

Beyond the challenging coursework, getting a job in this field requires passing a series of some of the most difficult professional examinations in the country (passing rates are less than 50%), each of which is comparable to the more well-known CPA and CFA exams.

Albion College's Department of Mathematics and Computer Science, which supports students in the extensive and expensive process of passing these tests, recently celebrated with Claire Mitchell, '21, after she passed the Society of Actuaries Probability Test.

"I never studied so hard for anything in my life and I️ was so happy it paid off," says Mitchell. "I️ called everyone in my family and all my friends to tell them."

After taking an advanced course in probability and statistics last fall, Mitchell began studying for the test in January, getting "serious," she says, after the COVID-interrupted semester was over. "I️ studied for around four hours a day Monday through Friday. I️ did hundreds of practice problems and around a dozen practice exams. I even took a 'test drive' to the exam site the day before."

Mitchell noted that one of the hardest aspects of the test was simply maintaining the determination to complete the months-long preparation. To this end, she found a number of effective strategies for keeping her focus,

"Initially I️ would try to power through and ended up being miserable and unproductive," she says. "When I️ allowed myself days off, it made me better when I️ went back."

Mitchell filled her day with rewards like "phone time" after completing a review session.

"I️ also, as an added bonus, had my roommate come yell at me if I️ got distracted," she says.

The department celebration represents a bit of a milestone, according to professor Darren Mason.

"Although math majors in the past have gone on to become successful actuaries, the current actuarial science program that emphasizes advanced curriculum and intentional student support is relatively new at Albion," he says. "So Claire is one of our first success stories. She has worked incredibly hard to blaze a trail.

"That said, it is my hope that Albion will be able to attract more interested and talented students to follow in Claire's footsteps," Mason continues. "Ultimately we would like the act of sitting and passing one or more actuarial exams prior to graduation to become more and more common for our students and become an attractive feature of our program."

Mitchell agrees, adding, "Many actuarial companies require you to pass at least the first two exams in order to get a job. Having these exams passed would put me and others up for more job opportunities right out of college. The only downside is balancing the rigors of studying for the exam along with all other school-related things. I️ know I️ can do it, largely due to the support of the people around me including the Albion Math Department."