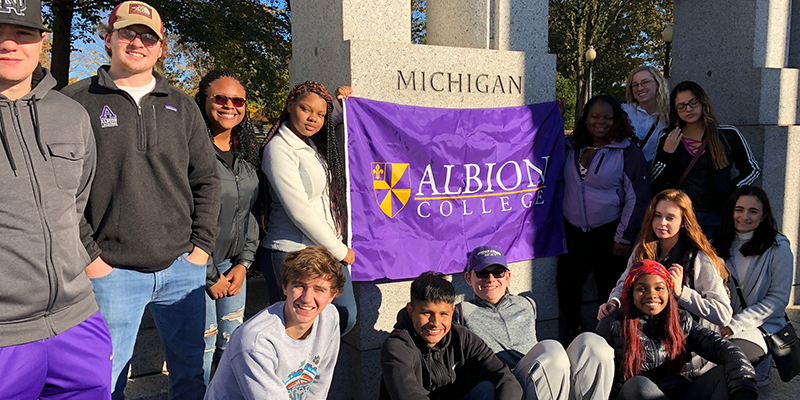 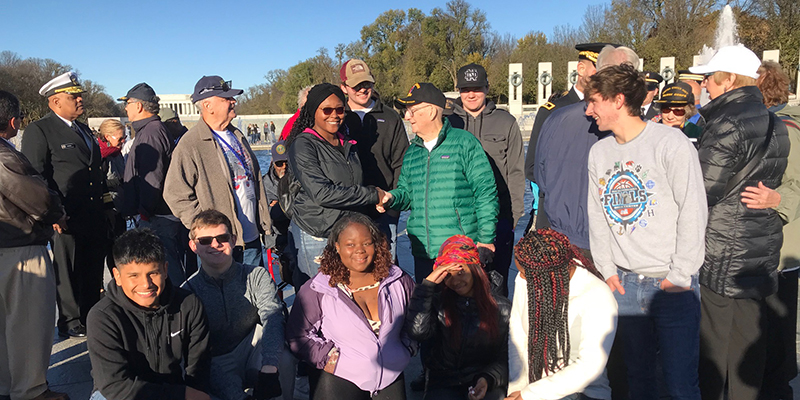 Meeting and speaking with veterans at the World War II memorial. 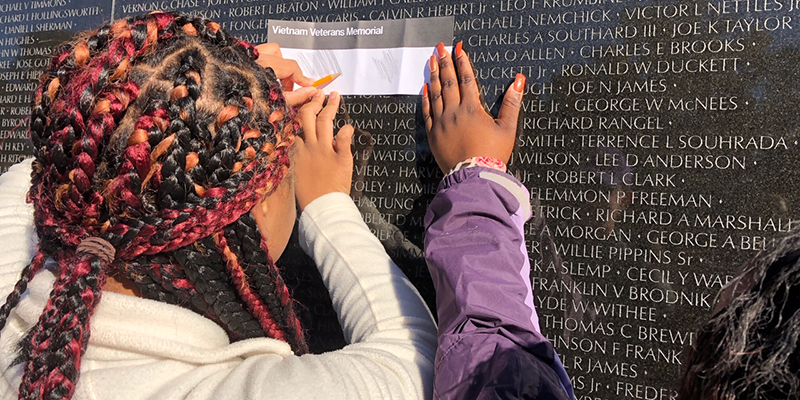 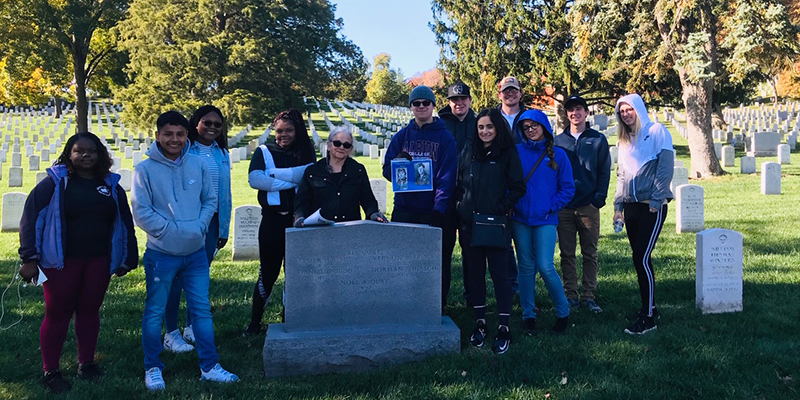 Albion College did its share in supporting the “World War.” The high cost of that war is marked by a large honor roll plaque which is fastened to a wall in the Stockwell-Mudd Libraries. Hundreds of Albion College students served in the military, and 12 died while in the armed services. To honor their sacrifice for the 100th anniversary of the Armistice, our First-Year Seminar—A Sense of Place: Albion and the American Dream—read the names of the 12 Albion students at the Washington, D.C., World War I Memorial on our recent class trip.

The First World War, the “war to end all wars,” fell short of that goal, and World War II became the war to save civilization. As our First-Year Seminar students approached the World War II Memorial on the National Mall, we spotted a group of veterans, representing World War II, the Korean War and the Vietnam War. Embracing our students, the veterans were eager to share life lessons with a younger generation. Notable among our new friends was 98-year-old Euel Akins from Savannah, Georgia, who had served in the fabled Tenth Mountain Division in the Apennines Mountains and Po Valley in Italy. Our students also had memorable conversations with Korean and Vietnam War veterans.

At the Michigan pillar at the World War II Memorial, our students read the names of the Albion College students who died while in service.

Our students were further reminded of the solemnity of remembering names when we visited the Vietnam Veterans Memorial and they discovered the one Albion College name on the black granite wall: Donald Adamson.

At Arlington National Cemetery, we paid tribute to the community of Albion’s contribution to World War II. Leslie Dick shared the story of Vernon Brock, who lived at 203 Perry St. His plane and crew were shot down over Germany in November 1944. Vernon and his crewmates are buried in a group grave at Arlington. At the cemetery, our students read the names of those from the Albion community whose families became Gold Star Families.

While visiting sacred memorials and hallowed ground, our students honored Albion and Albion College veterans. On Veterans Day 2018, 100 years after the original Armistice Day, recalling these names reminds us that “Albion’s story is America’s Story.”