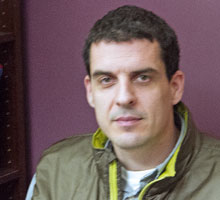 A surprising link between the Roman and British empires is the fascinating consequence of classical education, according to Chris Hagerman, Albion College associate professor of history. Hagerman recently published Britain's Imperial Muse: The Classics, Imperialism, and the Indian Empire, 1784-1914, now available through Palgrave MacMillan.

In his book, Hagerman argues that the classical education given at Eton and other elite schools inspired and supported the rise of the British Empire. Within the "grammar grind" of learning Latin and Greek, young boys absorbed lessons about civilization and power. "What does it mean, when you're six years old, to read Horace's third opus, which says it's sweet and proper to die for the Fatherland?" Hagerman asks. "That might get in your head, especially when you're constantly reminded that these ancient texts—not science or modern languages—are the most important stuff in the world to know." 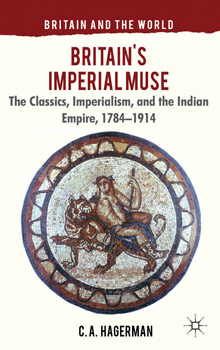 Hagerman cites an example in George Nathaniel Curzon, viceroy of India from 1899-1905. Curzon gave a speech at Eton College, explaining that it was there that he first came to "contemplate the pomp and majesty, the law and the living influence, of the Empire of Rome." Although the Roman Empire was 1,400 years in the past, it nonetheless gave Curzon "an understanding of what empire could be," says Hagerman, "along with the idea of empire-building as a personal mission."

In his book, Hagerman explores several aspects of the mission of empire, including the mandate to "civilize." Hagerman explains that many British administrators looked to Greece and Rome as models for Indian development. Thomas Macaulay, legal adviser to the Indian government, advised a policy of English-based instruction, explaining that "[w]hat the Greek and Latin were to the contemporaries of More and Ascham, our tongue is to the people of India."

Hagerman notes that the study of the classics wasn't limited to school days, either. Tiny, expensive volumes of classical literature were commonly carried by British administrators in India, used for recreational reading and as a familiar touchstone in a strange environment. Knowledge of the classics "was also a way to advertise membership in the imperial elite," says Hagerman.

As a young British administrator, Mountstuart Elphinstone once deliberately displayed a Greek text in the hopes of engaging the Duke of Wellington in conversation. Elphinstone, who eventually became governor of Bombay, wrote "with real excitement in his journals that he had a conversation about literature" with Wellington, Hagerman notes. "Those types of interactions reinforced their collective identity as civilized elites." But, Hagerman also cautions, "such 'secret knowledge' served also to exclude those who were not privy to it (i.e. most Indians) from the highest levels of government service and society in British India."

Hagerman is currently researching World War I battlefields for a book entitled We Are Making a New World: The Western Front, Nature, and Modernity in Britain and the Empire. This project emerges from a long-standing interest in the Great War dating back to childhood and sharpened more recently by exchanges with faculty colleagues and students at Albion. "The project grew out of discussions of the war's impact on Tolkien's fiction with English professor Nels Christensen, and reading about soldiers' experiences with students in the History Department and the Prentiss M. Brown Honors Program," says Hagerman. "I'll continue to draw inspiration from the atmosphere of intellectual engagement and exchange that makes Albion so special as I carry the project to completion."