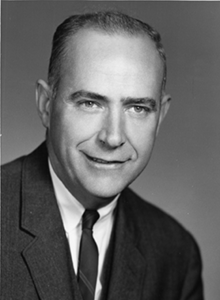 The Albion College History Department each year invites a distinguished scholar in U.S. history to share their work with faculty, students, and the community. This endowed lecture series was established to honor the late Professor Coy James, who taught at Albion College from 1946 to 1975. Prof. James was a much-revered member of the History faculty.

History Department faculty and students virtually toured the Tenement Museum in New York City. Later that year, the Detroit Historical Museum took us on a virtual tour of Detroit based on the historic Negro Motorist Green-Book.

Daniel Clark shared the story of 1950s autoworkers in Detroit--a story of economic insecurity caused by frequent layoffs, unrealized contract provisions, and indispensable second jobs. He shared his work based upon interviews with former autoworkers in metro Detroit. Clark, an Albion College graduate, is the author of Disruption in Detroit: Autoworkers and the Elusive Postwar Boom (University of Illinois Press, 2018).

Ilyasah Shabazz, the daughter of Malcolm X and co-author of the book, X: a Novel, joined us for a celebration of art, young people and community. She spoke about the life of her father; her mother, Betty Shabazz; and her own.

Coy Davis, filmmaker, discussed his documentary, Whatever Happened to Idlewild?

Clark “Bucky” Halker, recording artist and labor historian, spoke about the deaths of striking copper miners and their families in Calumet, Michigan, on Christmas Eve, 1913.

Wesley Dick, Albion College Professor of History, discussed the history of the Albion community in his talk “Albion and the American Dream.”

Kristin Hoganson, University of Illinois Professor of History, presented on “Buying into Empire: Exploring Material and Food Consumption, 1865-1920, and the Historical Context of Globalization.”

Kevin K. Gaines, University of Michigan History Professor & director of the Center for Afroamerican & African Studies and author of the award-winning Uplifting the Race: Black Leadership, Politics, and Culture during the Twentieth Century, spoke on “American Africans in Ghana: Black Expatriates in the Civil Rights Era.”

Mae Ngai, University of Chicago Professor of History, author of Impossible Subjects: Illegal Aliens and the Making of Modern America, 1924-1965, discussed “An Ironic Testimony to the Value of American Democracy: Assimilationism and the World War II Internment of Japanese Americans.”

Nick Savatore, Cornell University Professor of History presented from his book, Singing in a Strange Land: C.L. Franklin's Ministry from Mississippi to Detroit, 1915-1984.