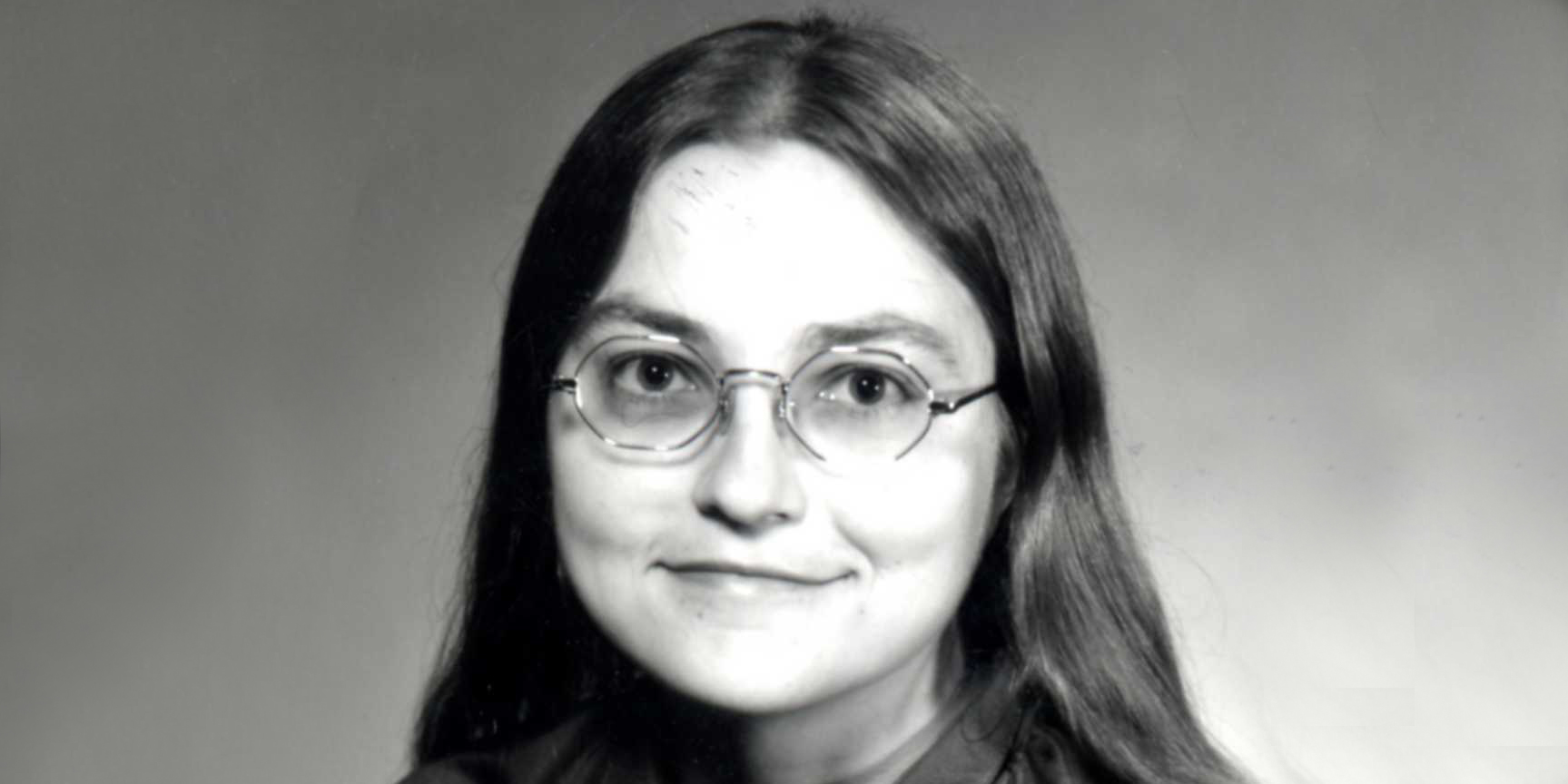 The long-time English professor spent her entire academic career at Albion, leaving indelible marks on friends, colleagues and so many students over the years. Mary Collar, 1987 English professor Mary Collar passed away in Jackson earlier this month, at the age of 73. Collar had just begun her final semester in the classroom, with plans to retire at the end of the current semester

Collar spent her entire academic career at Albion, arriving in 1977 as a newly minted Ph.D. and the only female tenure or tenure-track member of the English department. A specialist in theory and contemporary literature and poetry, Collar was loved (and sometimes feared) for an uncompromising expectation of students’ best work.

“Having been taught Joyce’s Ulysses by Dr. Collar there was very little that Columbia Law School could subsequently teach me about textual interpretation,” says board of trustees chair Mike Harrington, ’85. “While she will be missed, her influence on the intellectual life of her students will remain.”

Equally determined to see the College’s best iteration, Collar spent many years both promoting and helping establish the curriculum requirement that every student take one women’s studies and one ethnic studies course before graduating. At the time, Albion was among a handful of colleges nationwide to adopt this requirement, prompting both the Ford Foundation and the American Association of Colleges and Universities to underwrite Collar (and English professor Judy Lockyer) in spending two years helping other institutions implement category requirements. Harvard University is among the many institutions that drew upon Albion’s example in this now-common curriculum reform.. “My daughter is starting at Albion this fall, and I was looking forward to introducing her to Mary,” says Amy Mayo-Moyle, ’97, who met Collar through her Feminist Theory course, which in turn inspired her to declare a women’s studies concentration.

“Over the years, I’ve had kids from my church go to Albion and I’ve told them I’d pay $100 if they took a class with Mary and didn’t like it,” Mayo-Moyle says with a smile. “I told my brother (Mike Mayo, ’01), too, and now he’s an English teacher.”

In a profession and on a campus noted for opinionated personalities, Collar was notorious for her unwavering insistence that faculty should play a central role in directing the academic mission. Biology professor emeritus Jeff Carrier recalls many “vehement” arguments with his close friend Collar during the years he served as the College’s provost, but also notes that “as with everything she did, Collar grounded her positions in careful research and observation.”

The early 80s, Carrier recalls, were an especially challenging time for the College as it considered a drastic change in student demographics and the academic mission.

“The Educational Policy Committee (EPC) had to make some difficult choices, including the elimination of several departments," Carrier said. "Mary’s leadership as EPC chair and her attention to data and details gave credibility to the committee’s decisions and recommendations. She was the moving force behind actions that contributed to the College’s survival during these challenging times and she earned my respect from that time forward.”

Collar’s service to Albion College reached into every facet of campus activity, from faculty committees, to working with Greek life and other student organizations, , thesis advising, and attending her students’ performances and games. Former FURSCA director and biology professor Dale Kennedy noted that Collar was preparing to review 2021 FURSCA student project applications – which for Collar often involved asking the students to rewrite portions of their applications, which Collar would then review a second time.

“She didn’t have to still be on any committees. She could have said ‘I’ve done my share,’” Kennedy says, noting that Collar was singularly committed to her work in developing student writers. Collar had a self-imposed rule to return assignments during the next class meeting, and Kennedy recalls a winter storm “so bad that the only way Collar could get to campus was to walk,” Kennedy says. “It turned out to be one of the few times the campus was closed and Mary didn’t know that; she only knew that she had to get those papers back to the students.” Collar’s skill as a writing teacher also attracted many students to forays into contemporary literature.

“It was the furthest thing from my mind that I’d have any interest in this but I loved it,” said Steve Kuerbitz, ’80, who signed up for a poetry class after being assigned to Collar’s advanced writing course. “To this day, I go back to poets we read in that class and that’s been a wonderful thing. Mary shaped me in how to think and write and gave me this poetry that has stayed with me and I’ll always be grateful to her and Albion College for that."

Mitchell, ’81, and Belinda Byrd Stapley, ’83, with daughter Emma, ’16, recently established the Mary Collar Explicator Prize, honoring Collar’s contributions in teaching literary analysis. Although Belinda and Emma both had second majors, they still managed to take what they think are a combined six courses with Collar, who supervised a FURSCA project for Emma in addition to being her academic and thesis adviser.

“It was great that we shared the professor who would never accept less than your best,” said Emma. “I remember getting one assignment back and it had an entire page with no corrections from Dr. Collar. I ran around the dorm waving that over my head. It was a great achievement.”

“When Emma showed us her first semester schedule and she had writing with Dr. Collar, I was delighted,” says Belinda. “Dr. Collar broadened my horizons and was a very memorable professor. Mitch and I felt it was important to recognize Dr. Collar for the number of people between Emma and me, all the people she influenced. That needed a show of gratitude for what that meant to us.”

“Despite her reputation as a tough grader, Dr. Collar's classes were not difficult simply for difficulty's sake,” reflects Tyler Eyster, ’20. “She pushed us students to really think about things that get taken for granted in everyday life, whether it be language, writing, or storytelling. During class discussions, she would always talk about how important it was for us to be able to make connections, not simply as English majors or even as students at a liberal arts college, but as human beings trying to navigate the world."

Collar also taught courses in the Honors program and women’s studies department. She was one of four faculty members who developed the unique multi-class "Justice” first-year seminar, one of the early highlights of the First-Year Experience program. She was named both Teacher of the Year and Adviser of the Year.

Beyond her work, Collar served for many years as an emergency medical technician with the Albion Ambulance Service and frequently attended meetings and lectures with a knitting project. Kennedy notes that Collar, who didn’t own a television, watched every U.S. women’s World Cup appearance with her and her husband, Center for Sustainability and the Environment director Doug White.

“We laughed a lot and when Charles Crupi and Mary offered me the job, I knew it would be wonderful,” says English professor emerita Judy Lockyer, recalling the beginning of a decades-long friendship. Like most of Collar’s closest friends and best students, Lockyer was no stranger to Collar’s frankness. “She was my friend even when she yelled, for example, when she tried to teach me to knit. I was a miserable student. I loved talking to her about books but we also had many good personal talks. I love her and I will always miss her.”

Details on a memorial gathering for Dr. Mary Collar are not yet available. Contributions honoring Dr. Collar's legacy may be made to the Mary Collar Memorial Endowment Fund.