Born and raised in Albion, her love of community remains strong and, as a Commencement speaker May 4, she will impart that message to graduates. 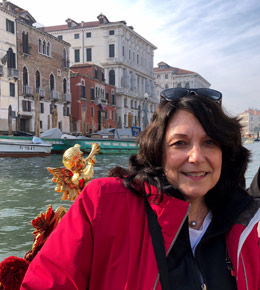 The school, and the community, remain as important to Barbara Weiskittel now as they were all those years ago—maybe more important. So when she returns to her alma mater May 4 to receive an honorary degree and to join retired Albion College football coach Craig Rundle, '74, as Commencement speakers for the Class of '19, she plans to stay at the home that meant so much to her.