Despite only being in the middle of her sophomore year, Marissa Cloutier has taken advantage of the opportunities Albion College has to offer.

The Grosse Ile product originally arrived on campus as an economics and management major, but realizing she didn’t have a passion for that work, Cloutier allowed Al Pheley, the director of Albion’s Institute for Premedical Professions and Health Sciences and Gerald R. Ford Institute for Leadership in Public Policy and Service, to guide her to a biology major that will likely lead to a career in health care. In addition to her major, Cloutier is concentrating in the Ford Institute and playing on the women’s tennis team that captured the Michigan Intercollegiate Athletic Association championship and competed in the NCAA Division III Championships her first year.

Cloutier took two trips during Albion’s recent break between semesters. The first was a weeklong December journey to Honduras with a group from Global Medical Brigades where she worked in a temporary clinic that saw more than 450 patients in three days. Her second weeklong experience was closer to home as she got an intensive look at revitalization efforts in Detroit along with 19 other Albion students in the Sleight Leadership Program. 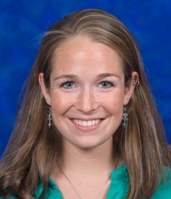 Thanks to Jennifer Smith, Wayne State University School of Medicine students and physicians who volunteer to treat the uninsured at the Cass Clinic – and their patients – no longer have to keep medical records on index cards.

Smith, a 2007 Albion College graduate who just completed her second year of medical school, secured a number of grants to find a new electronic medical record system for the clinic. Smith, of Ann Arbor, was invited to discuss that successful project in Lansing by Blue Cross Blue Shield of Michigan.

Ken Gibbons, '13, is a biology major at Albion College, but he received his first research and outreach opportunities with geology professor Tim Lincoln during the 2010-11 academic year and the summer Foundation for Undergraduate Research, Scholarship and Creative Activity program.

A cornerback on the Albion College football team, Matt Lozier, '12, is used to tackling opponents. This summer, the Clarklake native found himself tackling cancer – one of the most menacing opponents some people ever face – as an intern at the Owensboro Cancer Research Program (OCRP).

The OCRP, under the direction of Dr. Keith Davis, '79, is devoted to unlocking the potential of plant-based pharmaceuticals and antiviral proteins. Lozier was modifying lunasin, a protein isolated from soybeans that has been suggested to possess anti-cancer and anti-inflammatory properties, with materials that would allow lunasin to bind specifically to integrins on cancer cells. The hope is to find a treatment that would directly target cancer cells while allowing good cells to live.