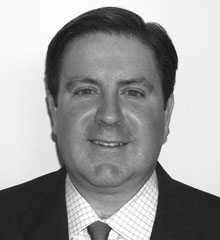 After graduating from Albion College in 1989, Dwayne worked on his first political campaign in Warren, Michigan. After several political campaigns in Michigan and New Jersey, Dwayne moved to Washington, DC, to work for National Republican Congressional Committee during the original modern day "wave election" in 1994. After the election, Dwayne took a position with then-House Republican Conference Chair John Boehner (R-OH). After two legislative cycles, Dwayne went to work at a public affairs firm then a political research firm, followed by a corporate relations position at Miller Brewing Company in 2001. In March of 2008, Dwayne moved to Connecticut to begin his current position at Diageo.

Ask questions… challenge what you hear from a professor, on Fox News and MSNBC. Take "smart" chances. Don't be afraid of failure. Dr. Tunnicliff preached investment in your 20s and 30s by taking on challenges… I very much agree with that sentiment.

I enjoyed and learned a great deal from the faculty at Albion. Looking back, in addition to Dr. Tunnicliff, two History professors and one Political Science professor stand out. These four individuals challenged me in many ways insisting that I "think better" before articulating whatever political drivel I might be espousing. I am a better strategic thinker due in part to their efforts.

As long as there is state and federal policy making that impacts citizens and corporate entities, there will be opportunities for folks to help shape that policy making. One of the cool things about what I do is that there is no one way to get where I am. Some people run political campaigns; some go to law school; others work for elected office holders or run for office themselves and some start out as interns right out of college or come up the ranks via policy think tanks or labor organizations.

Thinking one day that I might like to be the U.S. Secretary of State, my internship was at the Peace Corps in Washington, DC. The area where I worked involved developing public-private partnerships with the Peace Corps. While my career path took a turn toward campaigns and elections and domestic politics, it was my boss at the Peace Corps who connected me with a Republican activist and local office holder in Novi, MI, who helped me secure my first political campaign.