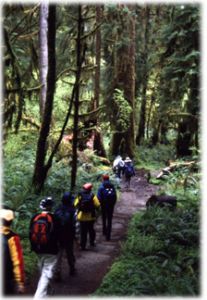 We began our trip with a visit to the Ho Rain Forest in Olympic National Park. On our hike along the Ho River, we saw old-growth forest, nursery logs, abundant epiphytes, and lush ferns and oxalis in the understory. The national park gave us a view of the original ecology of this area, where forest growth was mediated by tree size, ability to reseed in the under story, fungal disease and fire. 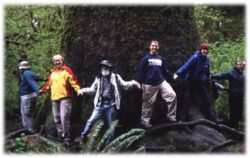 It took 14 of us to complete a ring around this large Sitka Spruce. Most of the large spruce on the peninsula were logged off during the second world war to make spars for aircraft (and the famous "spruce goose"). Historic records suggest that Douglas Firs in this area were taller than today's redwoods. 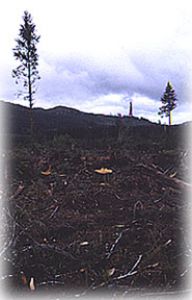 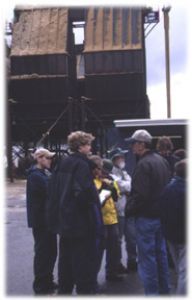 Outside of the park, much of the forest has been logged, and old growth is rare. Our group took a tour sponsored by the Bend Logging Museum. We saw the efficiency of modern logging and sawmills (above) and several reclamation efforts of the industry (below). 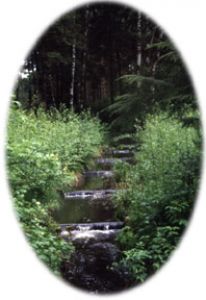 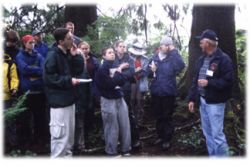 A stream that has been restored as salmon habitat by Rayonier, Inc., the largest forest land holder in the Olympic Peninsula. Culverts under roads have been lowered to grade, and the series of riffles shown here were created.