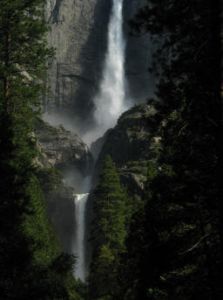 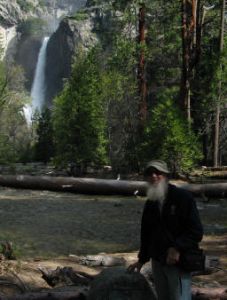 In many ways, there are three Californias, the urban centers along the coast, the vast tracts of agricultural land, and the sparsely populated deserts, mountains, and north country. This part of the trip investigated the ways civilization reaches out into these wilder areas.

We arrived in Yosemite in time to set up camp in light of the setting sun reflected of the glacially carved cliffs of the valley. 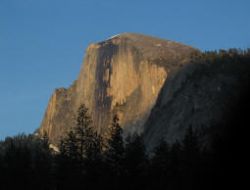 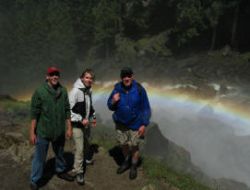 Yosemite national Park was one of the first National Parks, and the location of a defining struggle between John Muir and Gifford Pinchot over the meaning and value of wilderness. The immediate subject of debate was the City of San Francisco's desire to construct the O'Shaughnessy Dam, flooding the Hetch Hetchy valley within the boundaries of the newly formed Yosemite Park. Muir's defense of wilderness was based on its spiritual value, and led to the national recognition of the Sierra Club as a defender of wilderness. Pinchot's concept of the utility of wilderness as a source of resources is best manifest in the Forest Service (which he was instrumental in founding) motto "Land of many uses". 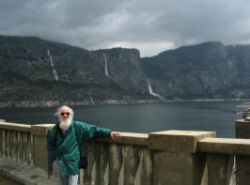 Wes at the O'Shaughnessy Dam (above) and the site of John Muir's cabin along the Merced River in Yosemite Valley (right). Hetch Hetchy Valley rivaled Yosemite Valley in its beauty prior to construction of the dam. That we would not today consider construction of such a dam in a national park suggests that though Muir lost the battle, and debatably even the war, he did win our hearts. 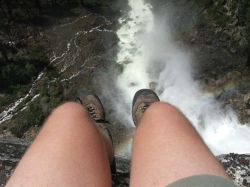 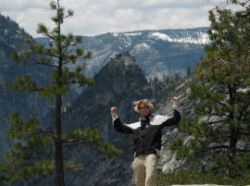 The bulk of our time in Yosemite was devoted to a hike up to Nevada and Vernal falls. The pictures beside and below are from that hike, taken to allow us all to experience the grandeur of the place. 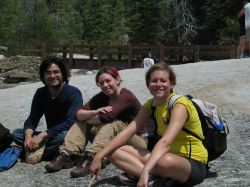 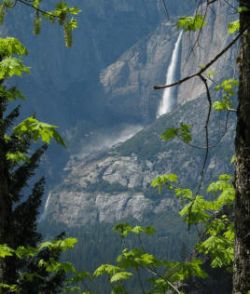 The other side of the mountains is yet another world. The high desert of California lies in the rain shadow of the Sierra. The majority of the water in this area flows from the mountains to the west. Water from many of these streams, and the alluvial aquifers they replenish, is now diverted to the cities of southern California. Owens Lake no longer exists. When Mono Lake was threatened with a similar fate, the Mono Lake Committee formed to protect the lake and its waters. Following an epic struggle, the lake, and the ecosystem it hosts, were protected. Our visit was primarily to meet with representatives of the Committee, and discuss their history of environmental protection. 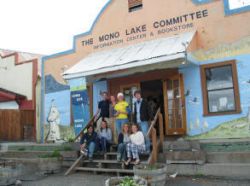 The committee's bookstore and information center 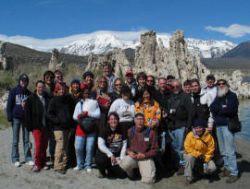 The whole group in front of tuffa towers 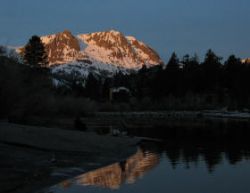 Sunrise at June Lake, out campsite in the Sierra