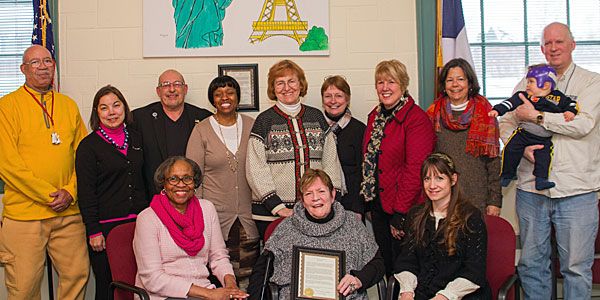 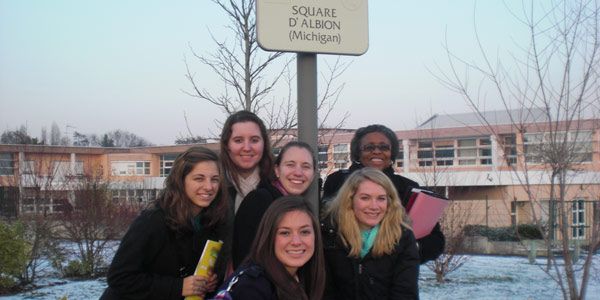 Albion education students in Noisy-le-Roi gather in front of a sign recognizing the relationship. 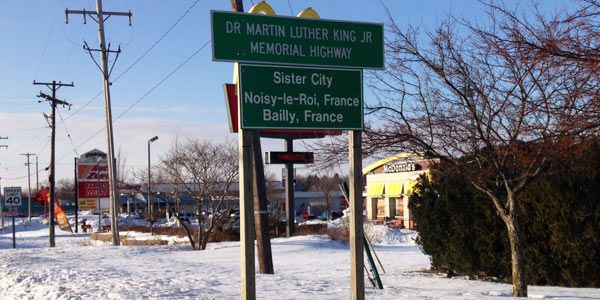 The Sister City sign on Eaton Avenue upon entering the City of Albion. 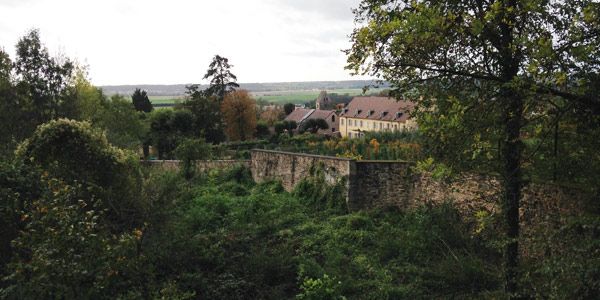 A view from the famous Porte de Gondi in Noisy-le-Roi. 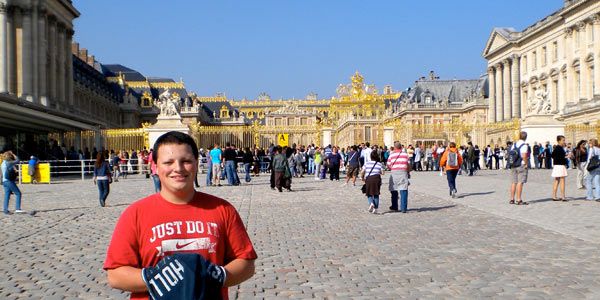 The majesty of Versailles is but a few minutes from Noisy-le-Roi. 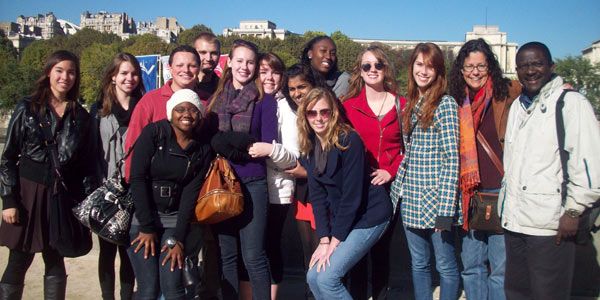 Taking in St-Germain-en-Laye in October during a French trip, a short drive from Noisy and Bailly. 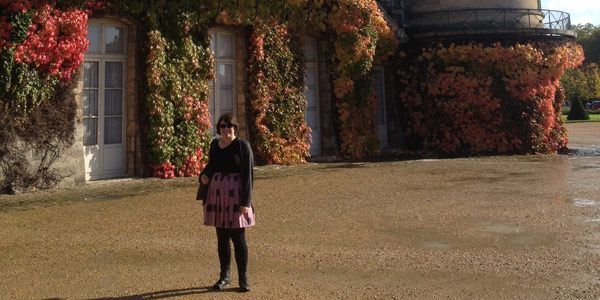 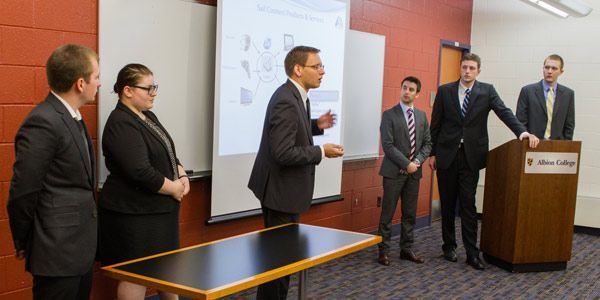 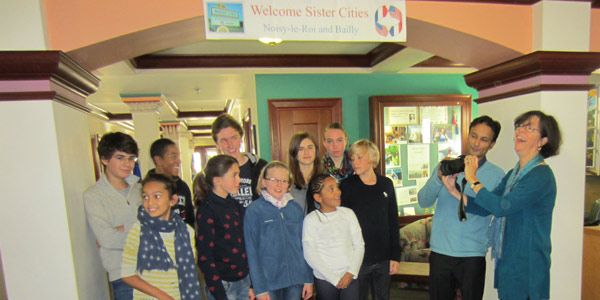 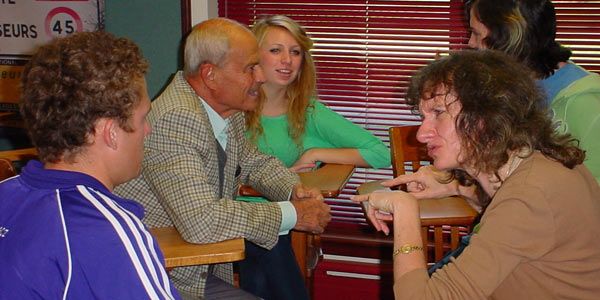 Visits and exchanges are a key part of the Sister City relationship.
Next Slide

The above quote was how an Albion College faculty member recently described a relationship that received national recognition in 2014 from NAFSA: Association of International Educators in the form of a Senator Paul Simon Spotlight Award for Campus Internationalization.

What began as a bilateral exercise between the City of Albion and the village of Noisy-le-Roi, France, 20 years ago is now a true triangular relationship.

Albion and Noisy-le-Roi, located 15 miles west of Paris and a few minutes' drive from Versailles, formally became Sister Cities in 1997. (Bailly, an adjacent village, joined the partnership in 2010.) Over the first 10 years, in what was then a town-to-town collaboration, more than 500 Albion residents and students participated in youth and adult exchanges and internships in Noisy. Then in 2007, Albion College's new president, Donna Randall, and provost, Susan Conner, hosted "An Evening of French Food and Jazz" for the French delegation and members of the campus and Albion community. The seemingly small event proved to be a spark: It validated, coalesced and reinforced the often individual involvement of College faculty, staff and students. A year later, the College began its real journey as a partner in the Sister City relationship toward intentional internationalization and building friendships that underscore the collaboration.

The Sister City relationship has led to a number of collaborations. A few are highlighted below (click for more information):

Lessons Learned, and Looking Ahead

Small institutions have incredible opportunities to harness energies, enthusiasm, and bold ideas and dreams, and pair them with the "person power" that comes from relationships. Here, the City of Albion, the Sister Cities of Noisy-le-Roi and Bailly, and Albion College happen to share and treasure joint values, namely "the ability to function as well-informed citizens both locally and globally" and often "to go beyond our comfort zones."

The following representatives would be happy to share more information on the Sister City relationship and upcoming collaborations between Albion, Noisy-le-Roi and Bailly, and Albion College: