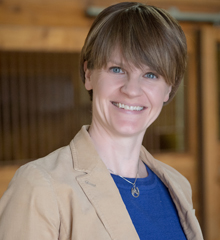 Randi C. Heathman is a 2003 alumna of Albion College. She graduated with a degree in English and a concentration in Mass Communication, then earned her MA in Communication from Spring Arbor University in 2011. Employed in the Albion College office of admission from 2004-2010, she was responsible for recruiting students from a variety of territories across Michigan and along the eastern seaboard, as well as serving as liaison between admission and the equestrian program. In 2010, she transferred to the Held Equestrian Center to assume full responsibility for recruitment and marketing operations, a role she held until 2012.

Since 2012, Heathman has worked in private practice as an independent educational consultant, a job that has allowed her to expand her understanding of both college admissions and intercollegiate equestrian programming – knowledge she brought back to Albion with her in 2016 when she assumed the role of equestrian recruitment coordinator and staff advisor to the Equestrian Club. In July 2021, her role in the equestrian program expanded beyond recruitment of new riders and development of donation programs into becoming Interim Director of the Held Center and equestrian program. It's now her task within the Held Center to ensure that all staff and students are able to help the program achieve its short- and long-term goals both in and out of the saddle as Albion steps into its newest era.

Outside the office, Heathman competed to FEI dressage aboard her longtime partner Ricochet, with whom she secured her USDF bronze and silver medals and accumulated a number of local and regional championships. With Ricochet now retired, she re-entered the competition arena in 2021 aboard her developing young horse, Kashmir H. She and her horses reside in Horton, MI. 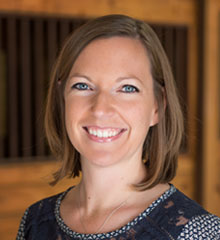 Carolyn Killewald is a 2004 graduate of Albion College and holds a B.A. in English. She was previously employed as a magazine editor for a trade association in Jackson, MI before being hired at the Held Equestrian Center in August, 2008. Killewald's role at the Held Center includes planning events and projects, marketing, recruitment, accounts receivables, purchasing, and serving as a liaison between the Center, students, community members, and faculty/staff of Albion College. During horse shows at the Held Center, Killewald serves as show secretary, coordinating competitors' entries and fees, issuing awards, and tracking results.

A lifetime equestrian, Killewald competed in the U.S. Pony Club and eventually placed her focus on dressage. She has competition experience in eventing and USDF recognized dressage shows and regional championships. When not in the Held Center office, she can often be found out working with her own horse in the barn. Killewald currently resides in Concord, MI with her family. 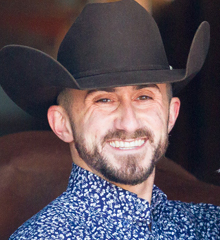 A graduate of the University of Findlay, D'Agostino got his start in coaching as an intern with the Western Team that captured the 2010 IHSA National Championship. He also coached the junior varsity Western team for two seasons at Findlay.

A member of several equestrian organizations, including the AQHA Professional Horsemen's Association and Markel American Paint Horse Association (APHA) Professional Horsemen's Association, D'Agostino owns Empire Performance Horses, a business specializing in all-around performance horses for show competition. He has trained a number of national-level champions and year-end award winners. His career has given him the opportunity to work for distinguished AQHA Professional Horsemen Nancy Sue Ryan, Scott Jones and David Miller, as well as FEI Driving trainer, Darren Menkins.  Adam also judges Open and 4-H shows and provides clinics on a multitude of topics in the Western industry.

Leah Majkrzak started riding at a young age with Debbie Marquardt, a mentor with whom she continues to work with today. Her foundation is based on the importance of correct basics, proper horsemanship, and avoiding short cuts with an education that is diverse, having participated in activities such as 4-H and the University of Michigan Equestrian Team, as well as competing in everything from eventing to recognized dressage shows. She has invested time working with trainers from across the country including: Frances O’Reilly (WA), Olympic medalist Michael Poulin (FL), and locally, Roz Kinstler (MI) and has earned her USDF Bronze and Silver medals on a horse she purchased as a weanling, started herself, and trained through the levels. In recent years, her focus has shifted to training young horses and developing them into rideable, uncomplicated mounts that are interested in and happy with their jobs. 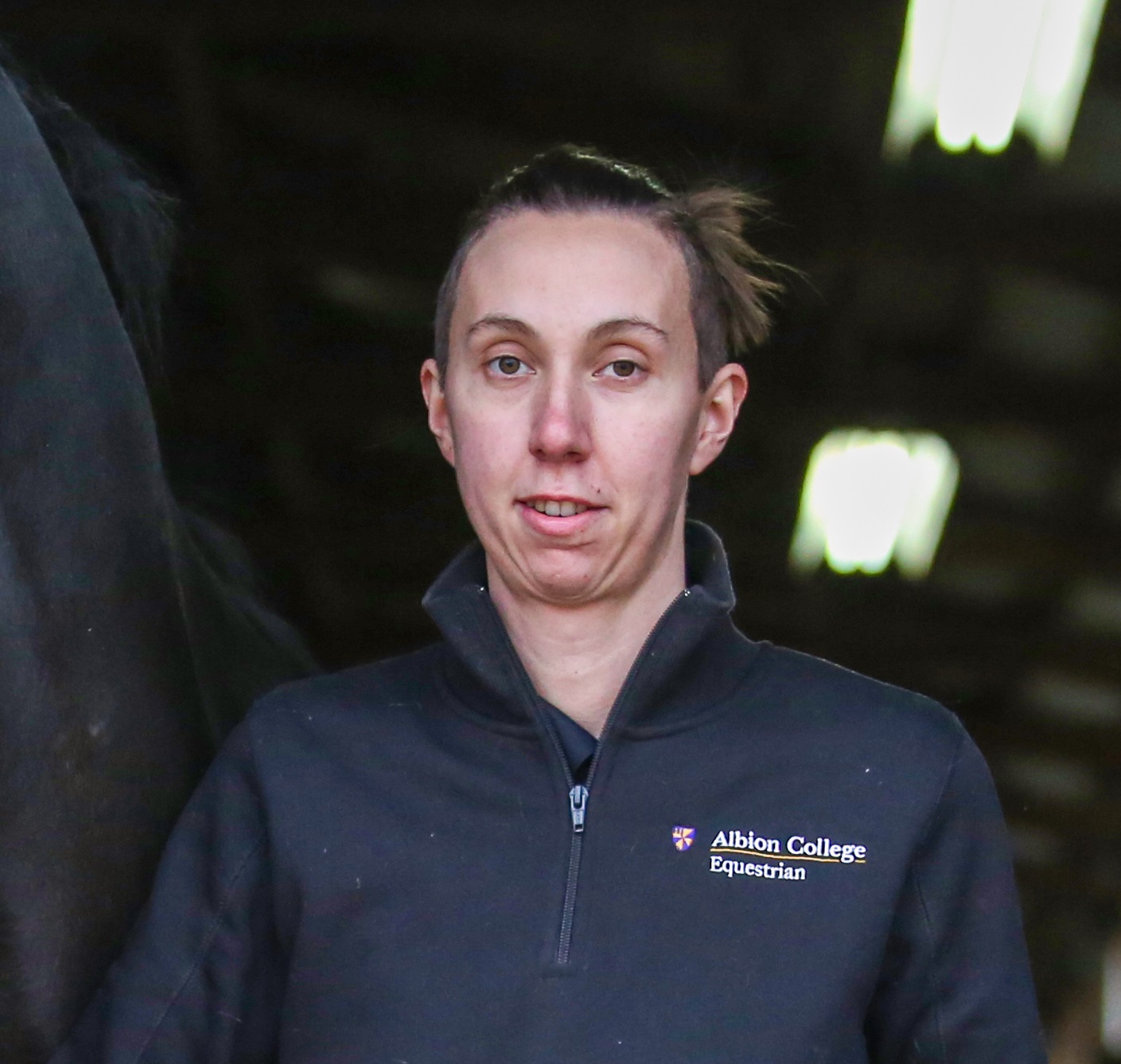 Katie Didier joined the Held Center staff in September 2017 as a groom and moved into her role as stable manager in January 2020. She is an integral part of the care and maintenance of all the horses that call the Held Center home. Katie holds a B.A. in Anthropology from Albion (class of 2015) and was a member of the varsity hunt seat team, competing both on the flat and over fences. She was also the secretary of the Equestrian Club as a student.

Katie grew up riding and showing hunters in her hometown of Fort Wayne, IN. When she is not busy with her duties at the barn, Katie enjoys competing in hunter/jumper shows and attending clinics. Katie also maintains a private horse named Dexter at the Held Center. A retiree of the hunt seat lesson herd, Dexter was Katie’s favorite mount during her time as a student and she is happily enjoying him in his golden years! 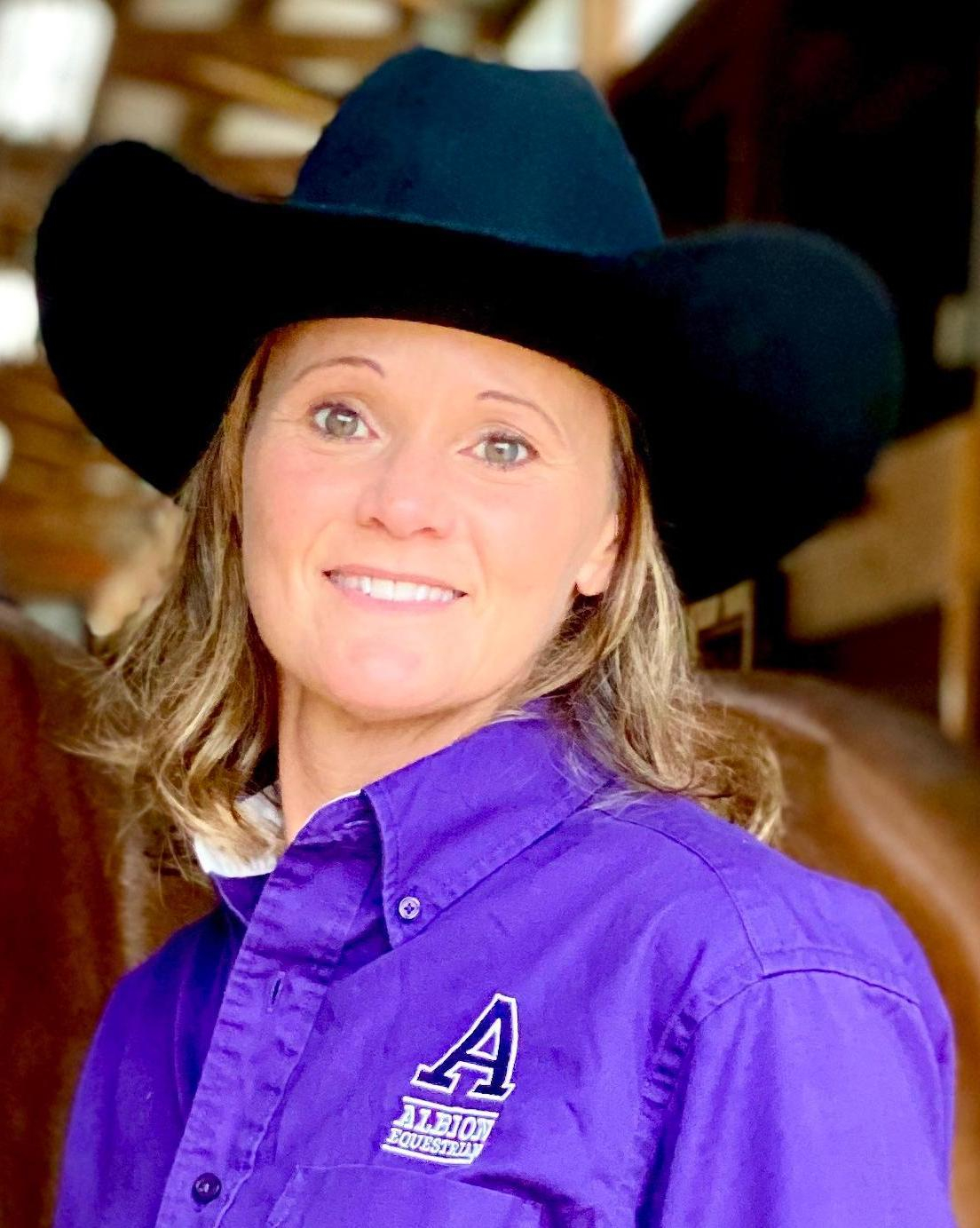 Nina Fagan joined the Held Equestrian Center staff as a groom in 2018 and was appointed assistant stable manager in 2020. Raised on a small breeding and boarding facility, she showed on the Appaloosa circuit before transitioning to Quarter Horses, showing primarily in the western disciplines and winning multiple year-end awards through local organizations. She also spent a summer traveling as the lead groom with a team of competitive Clydesdales. Prior to her work at Albion, Nina worked as a deputy clerk of court, special education paraprofessional, teaching assistant, and spent 15 years as a case manager for Lucas County Child Support Enforcement Agency.

For the past 22 years, she has pursued her love of barrel racing and pole bending and keeps three horses at her home farm. Her next adventure will be to pursue ranch riding with her three year old gelding.

Rachel Mapes was promoted to the role of assistant stable manager in July 2021. 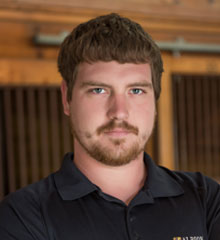 Brandon Fuller first began working in 2008 at the Held Equestrian Center working as a member of the part-time barn crew. In 2010, Fuller was promoted to the full-time position of assisant stable/grounds manager at the Center. He is responsible for maintaining the grounds and equipment at the facility, coordinating the hay baling operation, mowing and snow removal, and doing much of the general maintenance on the property. His experience working with and around horses is especially useful during much of his day-to-day work, and he often pitches in with barn chores and helps to drag and maintain the arenas.