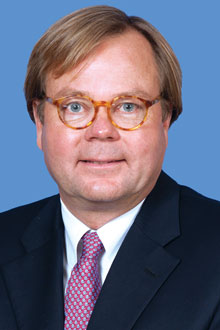 Paul Huth is no stranger to the Albion College Board of Trustees, having served as a non-trustee member of the Investment Committee. Paul is a 1977 alum, and earned his J.D. and LLM in Taxation from Michigan State and Wayne State respectively. He founded the law firm, Huth Lynett, in 1982 and also invests in real estate in the Detroit area.

He has remained engaged with Albion College since graduation. In particular, Paul has supported the Ford Institute. He has been instrumental in facilitating visits to Detroit by Sleight Leadership students. He has also hosted students on field trip activities and served as an observer/reviewer for debates, etc. Furthermore, Paul has hired several students from Albion to serve as law clerks while in law school.